Rishabh Pant's shot selection was the main talking point after India clinched the ODI series in Port of Spain. 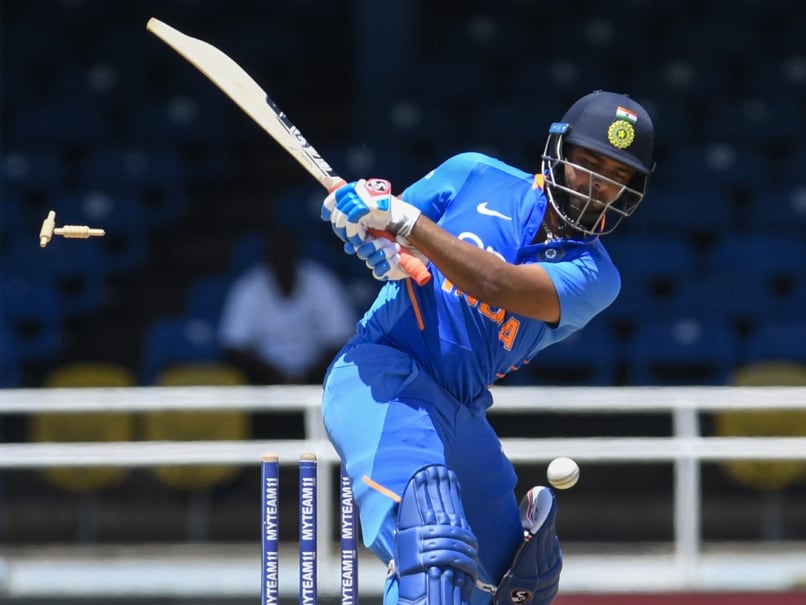 Rishabh Pant scored a golden duck in the 3rd ODI against the West Indies.© AFP

Rishabh Pant once again threw his wicket away in the third One-Day International (ODI) against the West Indies on Wednesday. India were asked to chase 255 runs in 35 overs in a rain-affected encounter in Port of Spain. Rishabh Pant came in to bat at number four ahead of Shreyas Iyer who scored a half-century in the previous match. Pant, who was facing his first ball, came down the track and skied one off Fabian Allen to Keemo Paul who completed the catch and the wicketkeeper-batsman perished for a golden duck.

When Pant was walking off the field, Virat Kohli, who was at the non-striker's end was frustrated with the shot selection of the 21-year-old left hander. Although India won the match by six wickets, fans took to Twitter to express their frustration over Rishabh Pant's approach in the 3rd ODI.

This is a shot that Rishabh Pant will want to forget but shouldn't. It should remind him of how much ability he is wasting. He is a batsman-keeper, not the other way around, so his batting must speak for him even more.

Rishabh Pant is highly overrated player.He plays only in IPL & when it comes to international games he doesn't play upto mark & always get out by playing irresponsible shots.Time came to give Chance to Sanju Samson or Ishan Kishan otherwise Dhoni have to play till #WC23.#INDvsWI

Enough of babysitting the babysitter. Teach him the value of a wicket with some punishment.#RishabhPant #INDvWI

In the match, India chased down the target of 255 in the 33rd over. Virat Kohli brought up his 43rd ODI hundred and Shryeas Iyer also chipped in with another half-century as India took the three-match series 2-0.

Both the teams will now face eachother in red-ball cricket when they start their ICC World Test Championship campaign with a two-Test series, starting August 22.

Rishabh Pant West Indies vs India 2019 Cricket West Indies vs India, 3rd ODI
Get the latest updates on IPL 2021, IPL Points Table , IPL Schedule 2021 , live score . Like us on Facebook or follow us on Twitter for more sports updates. You can also download the NDTV Cricket app for Android or iOS.