Ravi Shastri has been posting pictures from the tour of the West Indies, but fans haven't always taken kindly to them. 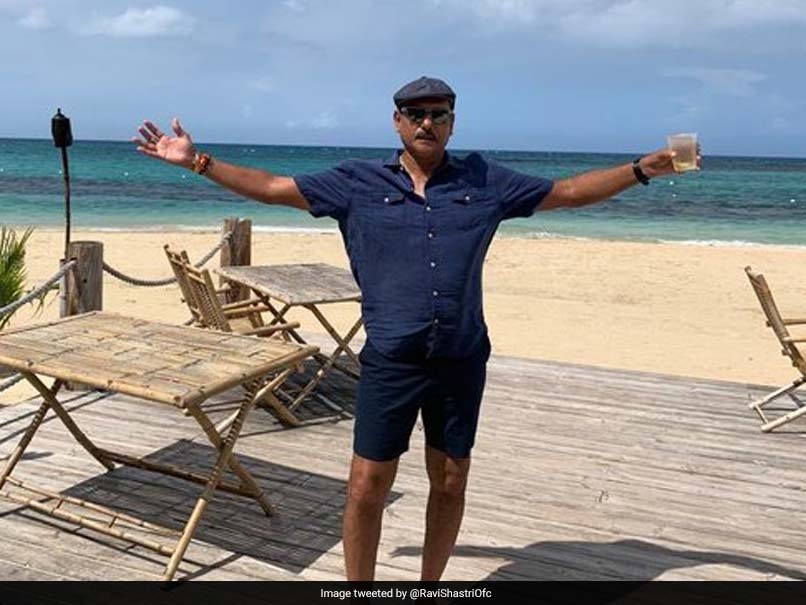 Under the coaching of Ravi Shastri, India defeated the West Indies in all three formats.© Twitter

Ravi Shastri's celebration of Team India's success in the Caribbean doesn't seem to stop any time soon. After a "date with the legend" Bob Marley and drinking "some juice" at Coco Bay, the India head coach on Wednesday posted a picture of himself enjoying a "divine" punch in Jamaica. The fans on Twitter didn't seem kind to the 57-year-old former India batsman and soon flooded his post with hilarious memes. "Sunny Jamaica. The punch in my left hand tastes divine," Ravi Shastri captioned the picture on Twitter.

"Drinking alone instead of spoiling the team by coaching them, we will always remember your sacrifice sir, respect," a user replied to Shastri's tweet.

Drinking alone instead of spoiling the team by coaching them, we will always remember your sacrifice sir, respect.

"And my cricket coaches used to tell us never do alcohol and tobacco," another one joined in.

And my cricket coaches used to tell us never do alcohol and tobacco.

Even the Paunch looks 8 Months Divine

With the Test series triumph, India begun their ICC World Test Championship on a positive note and claimed the top position in the points table with 120 points -- double than New Zealand and Sri Lanka, placed second and third respectively after their two-match Test series ended in a 1-1 draw.

Dhoni had led India to 27 Test wins out of the 60 matches he captained the national side.

Prior to the Test series against the West Indies, Kohli had 26 Test wins under his belt. After the win in Antigua, Kohli surpassed Sourav Ganguly as the captain with the maximum number of overseas wins for India.

Kohli now has 28 Test wins to his name, the most by Indian captain in the longest format of the game.

India Cricket Team Ravi Shastri West Indies vs India 2019 Cricket
Get the latest updates on IPL Auction 2023 and check out  IPL 2023 and Live Cricket Score. Like us on Facebook or follow us on Twitter for more sports updates. You can also download the NDTV Cricket app for Android or iOS.