Ravi Shastri has been posting pictures from all parts of the West Indies as India's tour of the islands draws to a close. 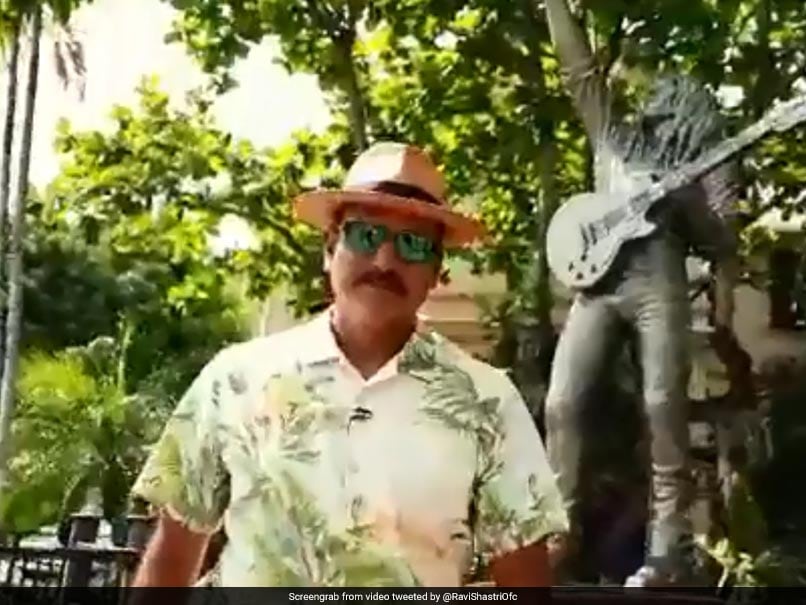 Ravi Shastri seems to be making the most of India's tour of the West Indies. The India coach was pictured enjoying some downtime in Antigua, visiting the famous Cocobay resort. On Thursday, ahead of India's second Test against the West Indies at Sabina Park, Kingston in Jamaica, starting on Friday, Ravi Shastri posted a video of his visit to the Bob Marley museum. Shastri posted a video and a picture on his Twitter handle and was pictured alongside Bharat Arun, India's bowling coach, and fielding coach R Sridhar.

At the home, now museum, of the LEGEND. BOB MARLEY. No man no cry...- with @coach_rsridhar pic.twitter.com/ALxJ8XZBjO

Earlier this month, Ravi Shastri was reappointed as the head coach of the Indian men's cricket team. Shastri was picked over New Zealand's Mike Hesson and Australia's Tom Moody to continue at his position.

Among all the candidates, Ravi Shastri's record was unmatched as the team reached the No.1 ranking in Test matches under his guidance and won a series in Australia for the first time in 71 years.

Shastri's new tenure got off to a good start as India outplayed the West Indies in all departments to record a massive 318-run win in the first Test at the Sir Vivian Richards Stadium in Antigua.

With 60 World Test Championship points in the bag, India will now be seeking to double that tally and a clean sweep of the series when the second Test begins in Jamaica on Friday.

West Indies Cricket Team Ravi Shastri West Indies vs India 2019 Cricket
Get the latest updates on Fifa Worldcup 2022 and check out  Fifa World Cup Schedule, Stats and Live Cricket Score. Like us on Facebook or follow us on Twitter for more sports updates. You can also download the NDTV Cricket app for Android or iOS.