Virat Kohli, now has 28 Test wins to his name, the most by Indian captain in the longest format of the game. 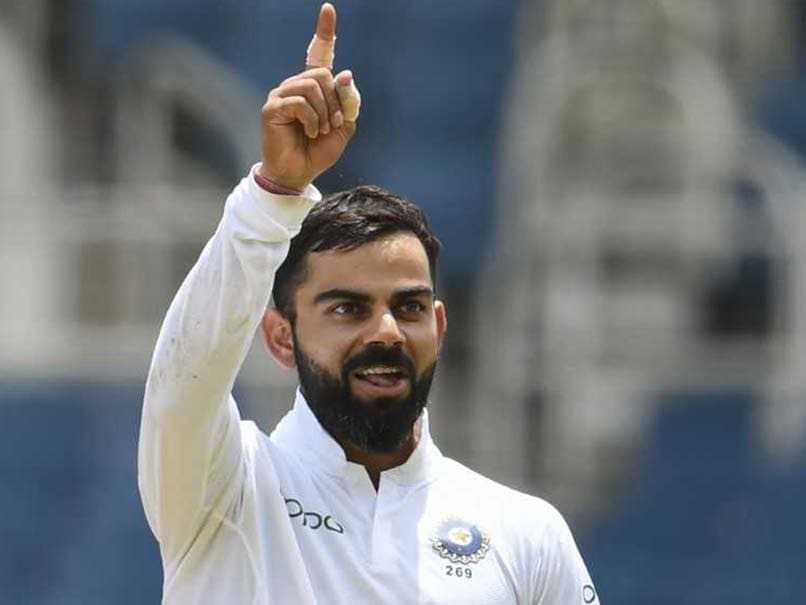 Virat Kohli led India to a clean sweep in the Test series against the West Indies.© AFP

Virat Kohli broke MS Dhoni's Test captaincy record for most number of wins as India beat the West Indies by 257 runs in the second Test in Jamaica on Monday. MS Dhoni had led India to 27 Test wins out of the 60 matches he captained the national side. Prior to the Test series against the West Indies, Virat Kohli had 26 Test wins under his belt. After the win in Antigua, Virat Kohli surpassed Sourav Ganguly as the captain with most number of overseas wins for India. Virat Kohli now has 28 Test wins to his name, the most by Indian captain in the longest format of the game.

In 2018, under the captaincy of Kohli, India won the one-off Test against Afghanistan (home) before losing the five-Test series to England (away). They later went on to win against the West Indies (home) and Australia (away).

Sourav Ganguly led India to 21 Test wins from 49 matches, while under the captaincy of Mohammad Azharuddin India won 14 Tests.

India's next assignment in Test cricket will be against South Africa at home. India will host South Africa in three Test matches along with three T20 Internationals (T20Is). The T20I series will start on September 15, while the Test series is slated to begin from October 2.

MS Dhoni West Indies vs India 2019 Cricket
Get the latest updates on IPL Auction 2023 and check out  IPL 2023 and Live Cricket Score. Like us on Facebook or follow us on Twitter for more sports updates. You can also download the NDTV Cricket app for Android or iOS.