As India wrapped Antigua Test inside four days, players and support staff members got a day off. Making use of the opportunity, Ravi Shastri on Monday posted a picture on Twitter from the "Coco Bay" in Antigua. 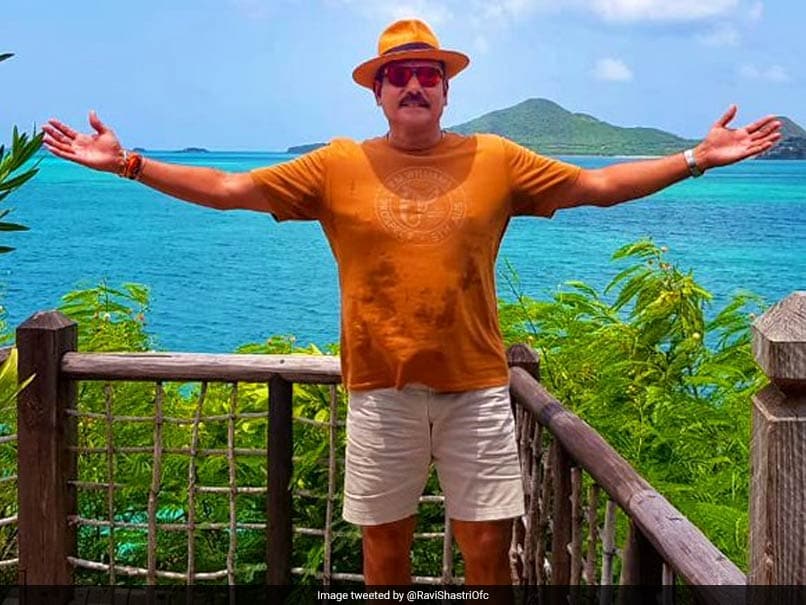 Ravi Shastri started his new tenure as the head coach of Indian cricket team with an impressive win over the West Indies in Antigua Test on Sunday. As India wrapped the match inside four days, players and support staff members got a day off. Making use of the opportunity, Shastri on Monday posted a picture on Twitter from the "Coco Bay" in Antigua. "Hot hot hot. Time for some juice. Coco Bay Sheer Rocks Beautiful. Antigua," Shastri captioned the picture. Shastri's picture didn't go down well with some netizens and they started trolling the former cricketer.

I go for whiskey pic.twitter.com/Su73EQAjlE

after having some juice. pic.twitter.com/YCr45Sa3sw

Concentrate on your fitness as well as stomach... U r a Indian coach not an galli coach

U need not juice. Please show a side view of urs in next picture.. wanted to see growth of your baby

Indian started their World Test Championship campaign with a thumping 318-run victory. India's star bowler Jasprit Bumrah, playing his first match after the World Cup 2019, wreaked havoc on the fourth day, helping India wrap the match with a day left in the game.

Indian vice-captain Ajinkya Rahane was the star performer in both innings. He followed his first innings score of 81 runs with a fine century in the second innings. His knock helped India set a tough 4th innings target of 419 runs.

West Indies players never looked in control in the last innings and eventually helped India register their biggest win in terms of runs outside Asia.

With the win, Virat Kohli toppled Sourav Ganguly as the captain with most number of overseas wins.

This win is important for India as it not only gave them an unassailable lead in the two-Test series, it also helped them go atop the points table in the World Test Championship.

India are level with Sri Lanka and New Zealand in the points table on 60 points. Ashes rivals Australia and England are in fourth and fifth position respectively as both have won and lost one match each apart from playing a draw.

India Cricket Team Ravi Shastri Sir Vivian Richards Stadium, Antigua West Indies vs India 2019 Cricket
Get the latest updates on Fifa Worldcup 2022 and check out  Fifa World Cup Schedule, Stats and Live Cricket Score. Like us on Facebook or follow us on Twitter for more sports updates. You can also download the NDTV Cricket app for Android or iOS.