Virat Kohli led India's charge in a tricky chase of 255 in a rain-affected encounter against the West Indies. 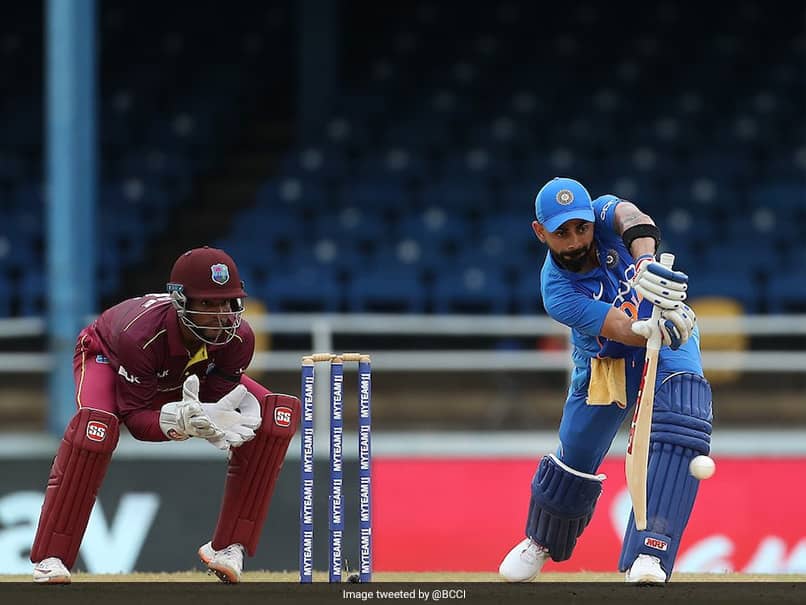 Virat Kohli brought his 43rd ODI hundred in the third ODI against the West Indies.© Twitter

Virat Kohli scored his 43rd One-day International hundred, second consecutive and ninth against the West Indies in the decider of the three-match ODI series in Port of Spain on Wednesday. Virat Kohli led India's charge in a chase of 255, revised due to DLS in a 35-over game. The Indian skipper impressed the Trinidad crowd with 10 boundaries in his 93-ball century. With this, Virat Kohli moved closer Sachin Tendulkar's record of 49 ODI hundreds. He now needs seven more ODI centuries to surpass the batting legend. Meanwhile, the 30-year-old batsman became the leading run-scorer in a decade in international cricket, surpassing former Australia captain Ricky Ponting who had scored 18,962 runs in 2000s.

Earlier, Chris Gayle smashed his way to a 72-run knock, leading the hosts to a competitive 240 for seven against India in the rain-curtailed match.

The weather continued to play havoc in this tour of India as the rain forced two interruptions after the hosts elected to bat in the match, which they need to win to level the series.

West Indies reached a healthy 158 for two in 22 overs when rain forced a second interruption and at resumption the contest was reduced to 35-overs-a-side.

Shai Hope (24) and Shimron Hetmyer (25) resumed the innings but they did not last long with Mohammed Shami dismissing the latter and Ravindra Jadeja cleaning up the former.

Shami struck again by sending back Pooran, who chipped a full-length delivery straight to Mainsh Pandey.

Carlos Brathwaite added 16 runs with a six and a four. Gayle came out with a clear plan to attack the Indian bowlers, making the most of what seemed his last international performance.