3rd ODI: Chris Gayle Walks Off In Style After Sizzling Knock, May Have Played His Last

Chris Gayle smashed 72 runs off 41 balls, punishing the Indian bowlers with five sixes and four boundaries in the third ODI in Port of Span. 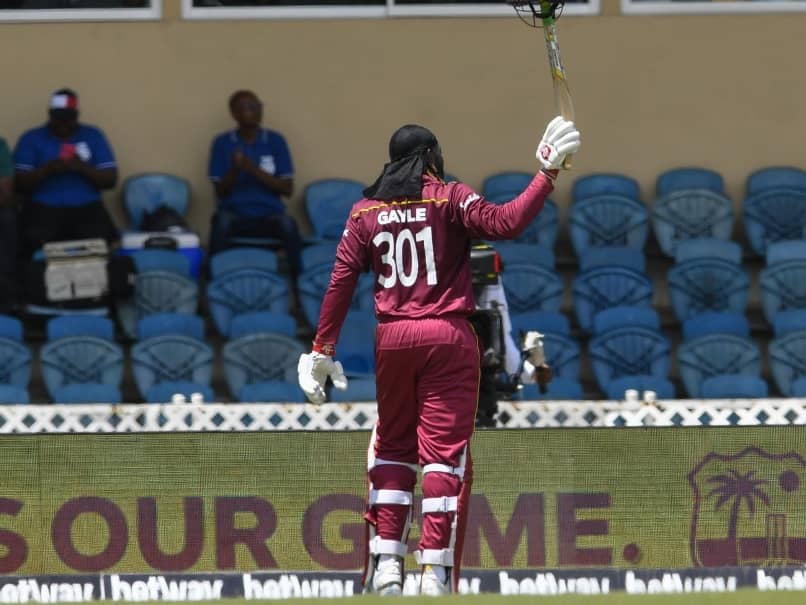 Chris Gayle brought up his 54th ODI fifty in Port of Spain against India on August 14.© AFP

Chris Gayle may have played his last international game given the theatrics by cricket's showman and the send-off accorded by the Indian players at the end of a typically thunderous innings in Port of Spain on Wednesday. Playing the way he always does, Gayle smashed 72 runs off 41 balls, punishing the Indian bowlers with five sixes and four boundaries in the third ODI. After hitting one off Khaleel Ahmed straight to visiting skipper Kohli, under whom he played at the Royal Challengers Bangalore, Gayle smiled as Indian players shook hands with him.

Indian players even did Gayle's typical jig with him. Gayle threw his bat in the air, put his helmet on top of it and walked off the field. He then hurled the helmet up in the air and caught it while approaching the boundary ropes. The West Indian camp gave him a standing ovation.

Gayle has not played in Test cricket for many years. He wanted to turn out for one last Test when India play the series-opener in Jamaica after the ODI series, but the selectors did not name him in the West Indies squad.

He also did not play in the preceding three-match Twenty20 series.

Gayle also experimented with his jersey number as the West Indies great sported '301' in the 3rd ODI against India at the Queen's Park Oval.

He is now the most-capped West Indies player in ODIs as the big-hitting opener went past Brian Lara's mark of 299 ODIs during the second ODI of the ongoing series on Sunday.