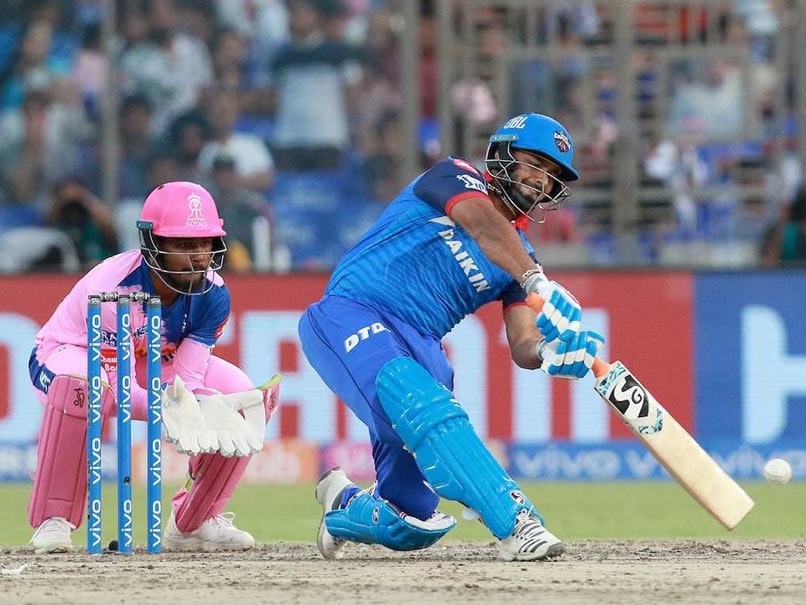 Delhi Capitals (DC) have won their last league match of the Indian Premier League (IPL) season against Rajasthan Royals (RR) by 5 wickets and 3.5 overs to spare at the Feroz Shah Kotla in Delhi on Saturday. The DC chase, despite several bumps, was propelled by a responsible innings from Rishabh Pant (53*), who played his way in and batted with the lower order and then finally burst into life with the finish line in sight. DC needed to chase down the target in 10 overs to leapfrog Chennai Super Kings and Mumbai Indians on net run rate. They are now placed second on the IPL Points Table but will slip back to third if Mumbai Indians win their match on Sunday.

Ish Sodhi (3/26) and Shreyas Gopal (2/21) had made early inroads into the DC batting order to make their chase of 116 more difficult that it had appeared it would.

Prithvi Shaw (8), Shikhar Dhawan (16) and Shreyas Iyer (15) fell early to Sodhi and Gopal. Colin Ingram (12) then combined with Pant to stabilize the innings. The target of finishing the chase within 10 overs had to be sacrificed because of the early wickets, as Pant and Ingram put on a watchful partnership.

Pant stayed on till the end, bringing up his fifty and ending the match with a six - his 87th six for Delhi Capitals - off the first ball of the 17th over.

Earlier, RR had scored 115/9 in their 20 overs. Ishant Sharma (3/38) got the home team off to a perfect start, capturing the wickets of openers Ajinkya Rahane (2) and Liam Livingstone (14) in successive overs.

Sanju Samson (5) was run out after a mix-up with his partner Mahipal Lomror (8) as wickets kept falling.

Amit Mishra (3/17) then came up with a killer blow, taking two wickets in consecutive balls - Shreyas Gopal (12) and Stuart Binny (0) falling to him in successive balls. He could have captured a hat-trick as well, which would have been his third in IPL history, but Trent Boult missed an easy catch.

Young Riyan Parag (50) anchored the RR innings, even taking 18 runs off Ishant's last over. He never had any partners sticking with him for long enough though, as only Livingstone and Shreyas Gopal managed to reach double figures.

He hit Trent Boult for two sixes in the 20th over to bring up his fifty, thus becoming the youngest player in IPL history to score a fifty.

Ishant Sharma IPL 2019 Delhi Capitals vs Rajasthan Royals, Match 53 Cricket
Get the latest updates on IPL 2021, check out the IPL 2021 Schedule and Indian Premier League Live Score . Like us on Facebook or follow us on Twitter for more sports updates. You can also download the NDTV Cricket app for Android or iOS.