India vs West Indies: Rohit Sharma Wants To Focus On The Present, Not Looking At T20 World Cup

Rohit Sharma is not looking at the T20 World Cup and wants the team to focus on winning the current series. 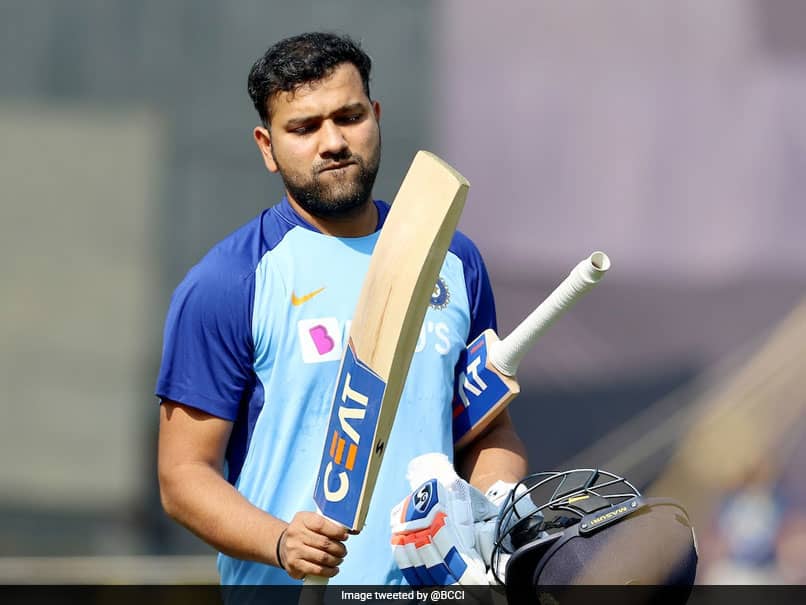 Rohit Sharma wants the focus to remain on the current series against the West Indies.© AFP

Rohit Sharma, vice-captain of the Indian team, is not looking too far into the future, saying the T20 World Cup is "still a long-long ahead" and that the focus of the team is on winning the Twenty20 International (T20I) against the West Indies. The three-match India vs West Indies T20I series is currently locked at 1-1 with the decider scheduled to be held at the Wankhede Stadium in Mumbai on Wednesday. There has been a lot of talk regarding the team composition for the T20 World Cup but Rohit Sharma is not too worried. India's star opener said that if the team keeps winning games, the composition of the team will take care of itself.

"See, I don't want to keep saying that we are trying to build a squad for the (T20) World Cup. It is still a long-long way ahead. We just need to focus on winning the series and that will keep us in good state, moving forward," Rohit said on Tuesday ahead of the T20I series finale.

"If we keep winning games, keep doing the right things on the field, the composition of the team will take care (by itself)," he added.

India were pegged back after winning the first T20I in Hyderabad with the West Indies team putting in a much-improved showing in Thiruvananthapuram.

Virat Kohli had starred with the bat in Hyderabad, blowing the West Indies with a whirlwind knock of 94 off 50 balls. The Indian skipper's superlative innings helped India chase down West Indies' formidable score of 207 for five.

However, Virat Kohli along with other big names in the Indian team failed to fire with the bat. Youngster Shivam Dube provided the spark to India's innings with a quickfire 54 while Rishabh Pant scored 33 off 22 balls but India failed to finish strongly and were restricted to 170 for seven.

In reply, Lendl Simmons scored an unbeaten 67 off 45 balls while Nicholas Pooran smashed an 18-ball 38 as the West Indies easily reached the target with eight wickets remaining and nine balls to spare.

The defeat was India's seventh in the last 15 T20 games when they have batted first. The third and final T20I will be another chance for India to test themselves against a strong opposition and iron out some of the glitches.