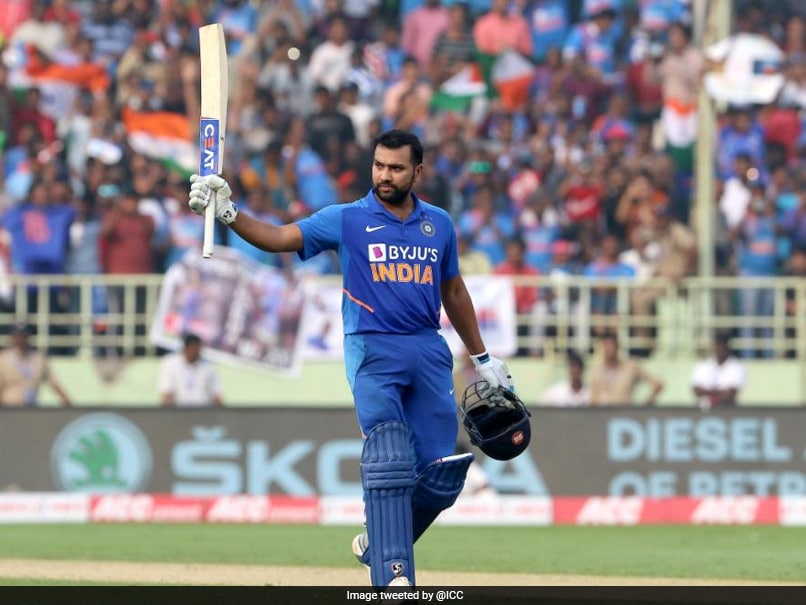 Rohit Sharma was named Man of the Series as India chased down 316 to win the three-match ODI series against the West Indies 2-1 on Sunday. He scored 63 on Sunday, following up his 159 in the second match and ended as the top scorer of the series with 258 runs. "It was a decider, so we wanted to win this game. We've always seen that Cuttack is a good batting track," he said in the post-match presentation ceremony. Continuing their good run at the top of the order, Rohit and KL Rahul added 122 runs on Sunday.

"We wanted to make runs upfront. But great to see the way Virat (Kohli) and KL (Rahul) batted and (Ravindra) Jadeja at the end. I quite enjoyed Shardul's (Thakur) pull shot, even if it was a top edge," he said.

The win caps an extraordinary year for Rohit in which he scored 2,442 runs across formats. Only captain Virat Kohli has scored more than him in world cricket this year.

On Sunday, Rohit also surpassed Sri Lankan great Sanath Jayasuriya's 22-year-old record for most runs as an opener in a calendar year across formats. Rohit's ninth run took his tally to 2,388 runs, which took him past Jayasuriya's 1997 tally of 2,387 runs.

Apart from ending the World Cup as the highest run-scorer, Rohit seemed to have finally found his footing in Test cricket. Opening the batting for India for the first time in the longest format of the game in the series against South Africa earlier in the year, Rohit smashed 529 runs in four innings.

"Extremely grateful for the year I've had. A World Cup victory would have been nice, but as a team, throughout the year, whether red ball or white ball cricket, we came together really well. Personally I've enjoyed batting, but there's no way I'm stopping. There's an exciting year coming up," he said.

Rohit said that the challenge will come when India starts travelling next year and they would like to stay at the top of the Test Championship table even then. India's next Test series is in New Zealand in February.

"I understand my batting really well and I want to play within my limits. Knowing the gameplan you want to execute is very important. Once we start travelling, we want to win games and stay on top of the table," he said.

Rohit Sharma India vs West Indies 2019/20 Cricket
Get the latest updates on ICC Women's Cricket World Cup 2022 and IPL 2022, check out the Schedule , Live Score and IPL Points Table. Like us on Facebook or follow us on Twitter for more sports updates. You can also download the NDTV Cricket app for Android or iOS.