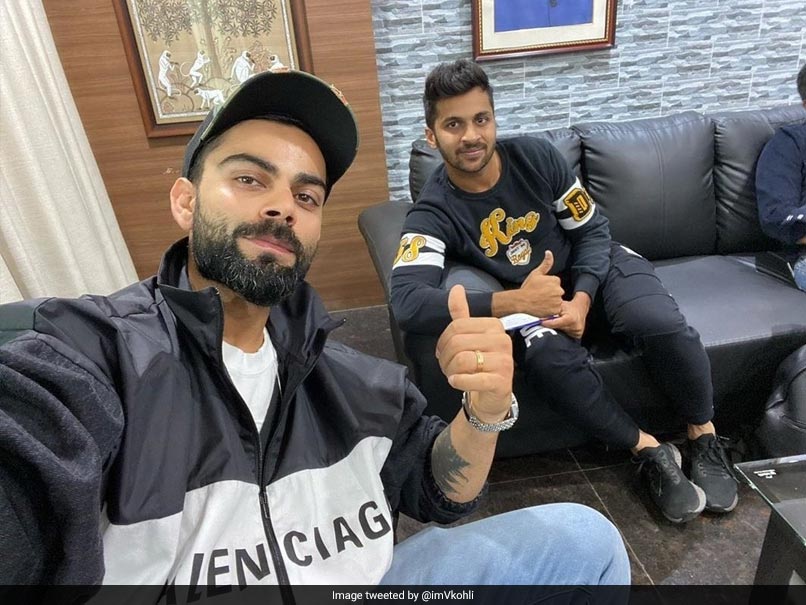 Virat Kohli heaped praise on fast bowler Shardul Thakur for impressive batting in the third One-day International against the West Indies in Cuttack on Sunday. After opting to bowl, India couldn't stop the West Indies from scoring a confident total of 315/5 in 50 overs. After brilliant start by Rohit Sharma (63), KL Rahul (77) and Virat Kohli (85), India lost three batsmen for a single digit score. Ravindra Jadeja remained not out on 39 and Shardul Thakur unbeaten on a six-ball 17 as India chased down the tough target with eight balls to spare.

Shardul Thakur, who scored a six and two boundaries, impressed Kohli to an extent that the Indian skipper amazed his fans with a tweet in Marathi for the Maharashtra-born bowler.

Kohli tweeted: "Tula maanla re Thakur", which translates to "hats off to you Thakur".

The fans flooded Kohli's tweet with heartwarming message for the Indian captain and bowler Shardul Thakur.

"Shardul and Jaddu finishing is very good to see, these guys finishing the game is a much bigger thing. I had a nervous look when I walked back, but when I watched Jaddu he looked very confident," Kohli had said at the post match presentation on Sunday.

"It's been one of the best years in Indian cricket and apart from the World Cup, its been a beautiful year. We will keep chasing the World Cup, we have that vision in place," he added.

Virat Kohli India vs West Indies 2019/20 Cricket
Get the latest updates on ICC Women's Cricket World Cup 2022 and IPL 2022, check out the Schedule , Live Score and IPL Points Table. Like us on Facebook or follow us on Twitter for more sports updates. You can also download the NDTV Cricket app for Android or iOS.