Virat Kohli added another trophy to his cabinet with India's tenth consecutive bilateral series win against the West Indies. 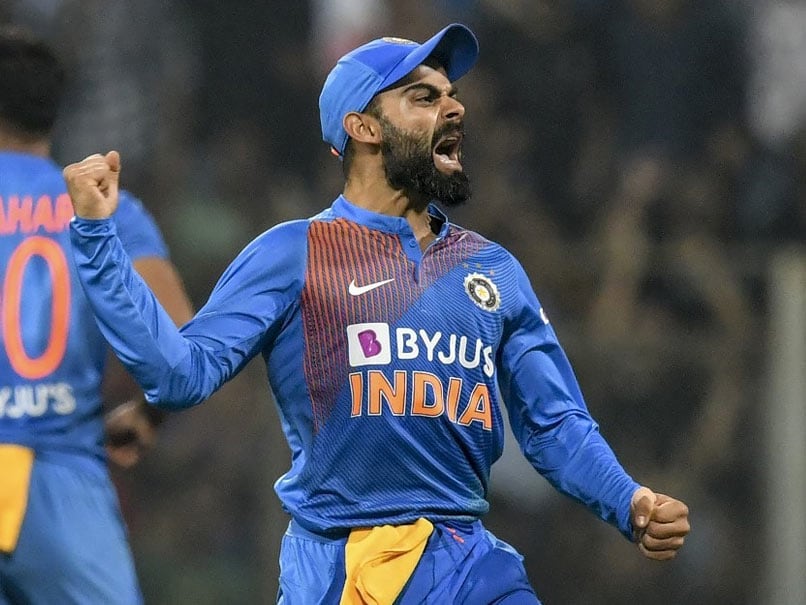 Virat Kohli led by example, smashing 85 off 81 balls, as India managed to pull off a nervous chase to win the third and final one-day international against the West Indies in Cuttack on Sunday. With the virtue of the four-wicket win, India sealed the three-match ODI series 2-1. Riding on a key 58-run sixth-wicket stand between Kohli and Ravindra Jadeja, unbeaten on 39 off 31 balls, the hosts achieved their target of 316 with eight balls to spare.

As Kohli added another trophy to his cabinet with India's tenth consecutive bilateral series win against the West Indies, he said that 2019 has been one of the best years for his team.

"It's been one of the best years in Indian cricket and apart from the World Cup, its been a beautiful year. We will keep chasing the World Cup, we have that vision in place," Kohli said at he post-match presentation ceremony.

Chasing 316 to win, Rohit Sharma, who scored 63, and KL Rahul, on 77, lay a solid foundation of the chase with their opening partnership of 122.

Then Kohli kept up the attack during his 81-ball knock despite wickets falling at the other end.

After Kohli's dismissal in the 47th over, Jadeja and Shardul Thakur, 17 not out, took the team home and win the series 2-1.

"Shardul and Jaddu finshing is very good to see, these guys finishing the game is a much bigger thing. I had a nervous look when I walked back, but when I watched Jaddu he looked very confident," Kohli added.

India will next host Sri Lanka for a three-match Twenty20 International series starting on January 5.

Australia will then travel to India for a three-match ODI series starting on January 14.

Virat Kohli India vs West Indies 2019/20 Cricket India vs West Indies, 3rd ODI
Get the latest updates on India vs South Africa and check out  Schedule, Results and Live Score. Like us on Facebook or follow us on Twitter for more sports updates. You can also download the NDTV Cricket app for Android or iOS.