India vs West Indies: "He's Been Like A Big Brother, A Father Figure": Nicholas Pooran Thanks Kieron Pollard

Nicholas Pooran thanked Kieron Pollard for supporting him during his return to cricket after his career-threatening accident. 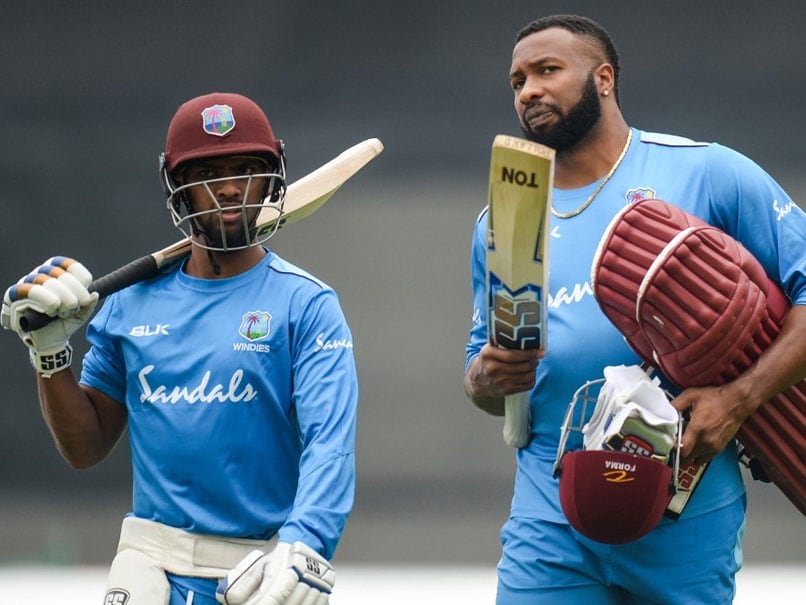 Nicholas Pooran said he and Kieron Pollard share a good bond both on and off the field.© AFP

First there was an accident and it followed the trauma of not being able to walk for six months as future looked bleak and uncertain for the then 20-year-old Nicholas Pooran. And then the big man Kieron Pollard stepped into the scene like a guardian angel, motivated him and in three years, Pooran is proving to be a vital cog in West Indies' white-ball set-up under Pollard's captaincy. "He's been a like a big brother to me, a father-figure. He's been there since I returned to cricket," Pooran said after the match in Cuttack.

"He gave me opportunity. I'm thankful for that," said Pooran, who has started repaying his skipper's faith with scores of 29 not out off 23 balls, 75 off 47 balls and 89 off 64 balls in the recently concluded ODI series against India.

"Check out for Nicholas Pooran, he is a savage youngster," 'Universe Boss' Chris Gayle had said during a pre-match press meet in Manchester before the World Cup game against India.

Within six months, Pooran, now of 24, has proved his worth with 20 boundaries and nine sixes in three ODIs and with an ODI average of 52 in 19 games looks to be one for the future.

Talk about Pollard, Pooran says that their off-field friendship reflects out there in the middle when they are batting in tandem.

"We (him and Pollard) knew each other and we are really good friends on and off the field. So we know how to complement each other while batting," Pooran said about their highly entertaining century plus stand in the third ODI albeit in a losing cause.

"We play with each other, with the same club, same franchise back home. So we had good understanding of the wicket and the situation in the game and just executed our skills."

During the match, the brief from his skipper was simple. Pollard will attack the spinners while he would take the pacers on.

"We know how to complement each other. Polly was stronger to the spinners, so we allowed him to attack Kuldeep (Yadav) and I would try and play more shots to the pacers. It worked out."

West Indies cricket is going through another transition phase and Pooran called it a "team building mode".

"Definitely we were on a team building (mode). India are one of the strongest teams in the world. They proved that again today in the T20I and ODI series. At least we came here and we showed fight."

But just as he could figure out light at the end of the tunnel post his accident, he is confident that glory days are just round the corner for Windies cricket.

"There's better things to come. We are taking it day-by-day and eventually we'll get where we want to get," he concluded.

Kieron Pollard Cricket
Get the latest updates on Fifa Worldcup 2022 and check out  Fifa World Cup Schedule, Stats and Live Cricket Score. Like us on Facebook or follow us on Twitter for more sports updates. You can also download the NDTV Cricket app for Android or iOS.