Michael Vaughan, former England captain, was trolled mercilessly on Twitter for predicting England or Australia to win the T20 World Cup next year. 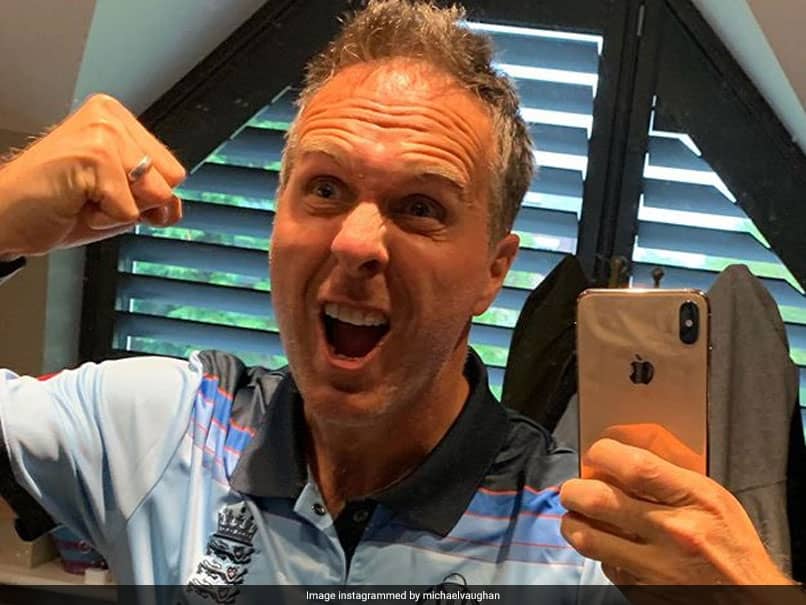 England defeated New Zealand in a thrilling Super Over to clinch the Twenty20 International (T20I) series in Auckland on Sunday. After their dramatic loss to England in World Cup 2019 final, hosts, New Zealand once again ended on the losing side of the contest as they lost by nine runs in the Super Over. England posted 17 runs in the Super Over and New Zealand, in reply, could only manage eight runs. After England's win, Michael Vaughan, former England captain, took to Twitter and came up with an early T20 World Cup prediction. "Early T20 World Cup prediction ... England or Australia will be winning it ... #JustSaying @WilliamHill," Vaughan tweeted. Soon after Vaughan's tweet, fans started trolling him on the micro-blogging site.

"Joke of the day," one fan replied.

Joke of the Day

Vaughan also shared his "Sunday Thought" while applauding his team's effort on the field on Twitter. "Sunday thought ... Don't take England on in a Super Over ... #JustSaying," Vaughan tweeted.

Sunday thought ... Don't take England on in a Super Over ... #JustSaying

In the match, England won the toss and asked New Zealand to bat first. Martin Guptill and Colin Munro got the hosts off to a flying start. Guptill, in the process, notched up his 14th T20I half-century. Colin Munro fell four short of his fifty.

A late flourish from Tim Seifert helped New Zealand post 146 for five in the rain-affected series decider that was reduced to 11-over per side.

England in reply, lost three wickets in three overs but Jonny Bairstow and Sam Curran steadied the ship for England with a 61-run stand.

On the final delivery, England needed five runs to win and Chris Jordan, batting at number nine, hit James Neesham for a boundary to level the scores and send the contest into the Super Over.