New Zealand had to concede the ICC World Cup 2019 crown to England on the boundary count rule after their epic final finished tied both in the match and the ensuing Super Over. 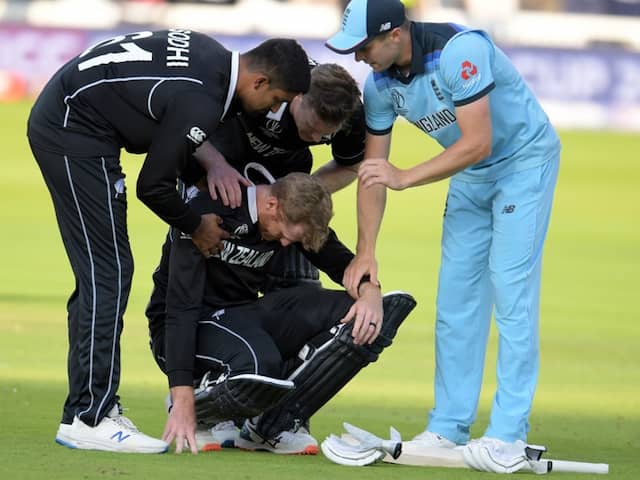 The International Cricket Council (ICC) on Monday took the decision to scrap the boundary count rule that created quite a flutter after the final of World Cup 2019 between England and New Zealand. Instead, cricket's world governing body said the Super Over will be repeated until there is a winner if a similar situation arises. While the development will go a long way in pacifying disgruntled fans, who had blasted the rule following the World Cup final, not everyone is pleased with ICC's belated decision. Jimmy Neesham, who was part of the New Zealand playing XI that lost to England in the World Cup 2019 final, hilariously mocked ICC's decision for being a bit too late.

Neesham took to Twitter and wrote: "Next on the agenda: Better binoculars for the Ice spotters on the Titanic".

Next on the agenda: Better binoculars for the Ice spotters on the Titanic https://t.co/nwUp4Ks3Mp

The New Zealand cricketer's tweet instantly went viral with fans hailing him for his caustic wit.

I was literaly waiting for your tweet on this. Oh god

Please don't be a commentator or a coach after whenever you retire. Consider doing stand-up comedy.

Lol - yep. Innovation at its peak. Getting rid of a lame rule - how about retrospectively revising the result as well? :D

I thought Brits were the most sarcastic go kiwis go. :) Good one mate.

On Monday, the ICC announced that it was scrapping the controversial rule that led to a massive backlash from fans.

In the World Cup 2019 final, England were declared the champions, on basis of superior boundary count after the Super Over against New Zealand ended in a tie. According to a media release from ICC, "the Chief Executives' Committee agreed that use of the Super Over as a way to decide results at ICC events will be retained".

Jimmy Neesham Cricket
Get the latest Cricket news, check out the India cricket schedule, Cricket live score . Like us on Facebook or follow us on Twitter for more sports updates. You can also download the NDTV Cricket app for Android or iOS.