India's moderate T20I record was highlighted by their 8-wicket loss to the West Indies in the second match of the series and the hosts would be keen to iron out those glitches and seal off the series. 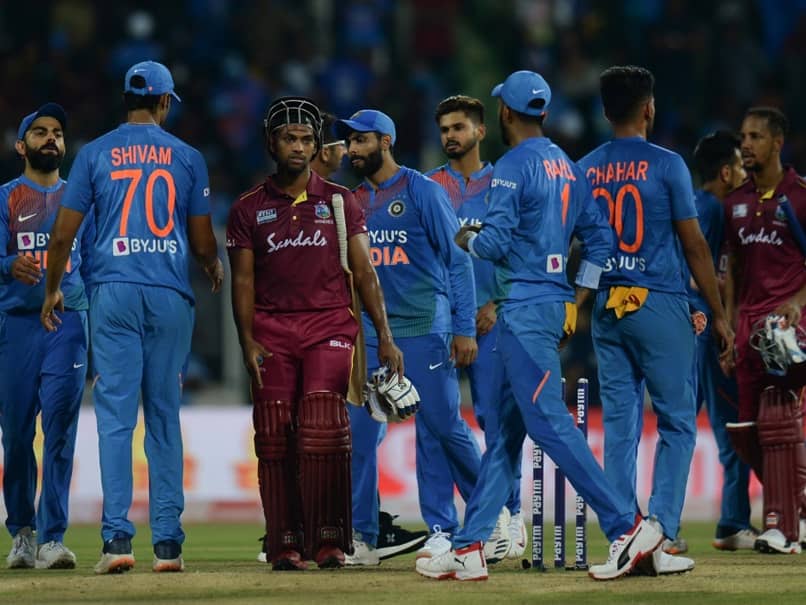 India lost the second T20I and will be looking to bounce back from defeat and seal the series.© AFP

While India have dominated teams in Test cricket and One-day Internationals (ODI) at home, they have failed to do the same in Twenty20 Internationals (T20I), and that has reflected in the team's current ranking. Ranked fifth in the world in the men's T20I list, India have managed to win just two of their last six T20I series. They drew 1-1 in the 2018/19 series in Australia, which was followed by series losses away to New Zealand and at home to Australia. India managed to dominate the West Indies 3-0 in the T20I series in in United States/West Indies but were held to a 1-1 draw by the visiting South Africans. In their last T20I series, India overcame stiff competition from Bangladesh to win the series 2-1 and in the ongoing series against the West Indies at home, they were pegged back after winning the first encounter. With T20 World Cup scheduled to be held next year, India will be hoping to build some steam and a series victory against a strong West Indies outfit would be a solid foundation.

India face the West Indies in the third and final T20I at the Wankhede Stadium in Mumbai on Wednesday with the series level at 1-1. A major cause for concern for the Indians this series has been the fielding performance.

Dropped catches and poor fielding have bogged India down in the series.

After the loss in Thiruvananthapuram, skipper Virat Kohli was scathing in his assessment of India's fielding in the series.

"If we field so poorly, no amount of runs will be enough. We were poor in the field during the last two games. We dropped two catches (Sundar and Pant) in one over. Imagine if they lost two in the same over that could have increased pressure," he said.

"Everyone saw we need to be more brave in fielding. It's a do-or-die game coming up in Mumbai."

India's batting too has failed to live up to its lofty standards. The hosts were bailed out by a batting masterclass from Kohli in the series opener in Hyderabad but were found wanting in the second match with Shivam Dube top scoring with a quickfire 54.

Rohit Sharma has registered back-to-back failures and will be itching to make a major contribution in his home ground. Lokesh Rahul did well in the first T20I but managed only 11 in the second.

With many players waiting in the wings for their chance, time could be running out for Shreyas Iyer, who has managed scores of 4 and 10 in the series so far.

The bowling too has been a bit below standards. Deepak Chahar has failed to repeat his heroics from the Bangladesh series and has been taken for plenty. Washington Sundar has been the pick of the bunch with a wicket each in the two matches and while Yuzvendra Chahal picked two wickets in the first match, he was taken to the cleaners in the second.

Ravindra Jadeja has been a little off the boil and was taken for 22 runs off his 2 overs in the 2nd T20I.