Jasprit Bumrah has a dubious record of getting wickets of no-balls, some at crucial junctures. 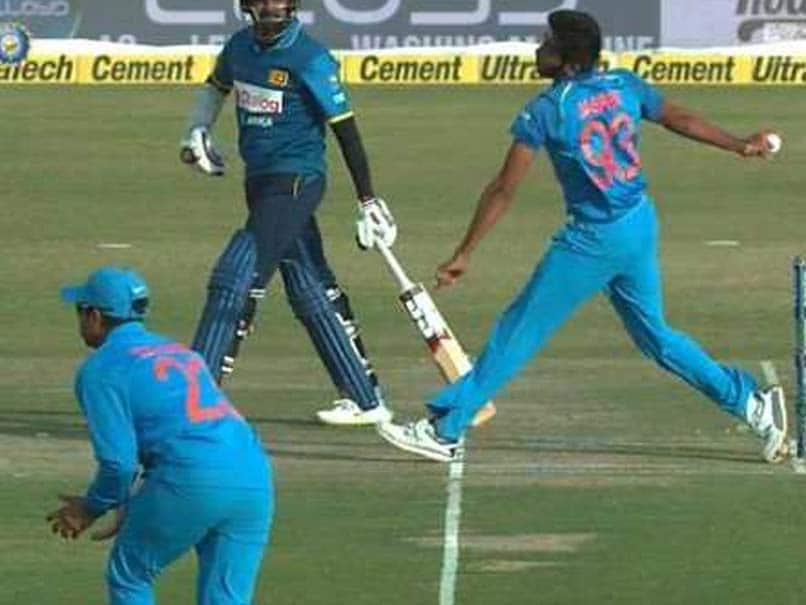 Remember Jasprit Bumrah taking Pakistan batsman Fakhar Zaman's wicket off a no-ball in the final of the Champions Trophy in June? Zaman went on to post a match winning 114. Bumrah did it again in the first ODI with Sri Lanka, which India lost by seven wickets. Chasing a meagre 113 to win the match, Sri Lanka had lost the first wicket in the fourth over and almost lost Upul Tharanga in the sixth, had Bumrah not bowled a front-foot no- ball. Tharanga batsman went on to make 49 and took the team to the comfortable situation. Twitterati didn't spare him and trolled the bowler brutally.

Bumrah did a Bumrah again
Wicket on a No Ball ???????? pic.twitter.com/7rWXfdW5oC

Oh! No ball. Bumrah needs specialist shoes to curb on no balls. pic.twitter.com/vidMlr4Oj3

Every Indian when Jasprit Bumrah throws a No ball pic.twitter.com/HPP8wkx2Xd

If no ball is an art then Bumrah is Picasso of it pic.twitter.com/x9nSc7hFP6

Our Reaction When Jasprit Bumrah Takes A Wicket On NO BALL. #IndvSL #INDvsSL #Dhoni #Bumrah pic.twitter.com/S4jjQ7DVIQ

I think Burmah should keep this as his DP.

And to his honourary, No ball should be replaces with Bumrah ball. pic.twitter.com/o3tlkPWaNE

Although India captain Rohit Sharma played down the no-ball, but Sri Lanka coach Nic Pothas believed it was one of the turning points of the match. "I firmly believe that there were two massive moments in the game," Pothas said. "The toss was one and the no-ball to Upul Tharanga. We are suddenly 15 for three and that is a hugely different situation. We have looked at two situations where for me they sort of defined the day," he added.

Rohit felt that India's batting cost them the game. "We lost the game with the bat and not with the ball. It will be unfair to single out one individual especially a bowler. I think we as a batting group failed to tackle the situation. I wouldn't say it cost us dearly because there was not enough runs on the board," he said.

During the ICC Champions Trophy final on June 18, Bumrah got the better of Pakistan opener Fakhar Zaman, who edged a ball to Mahendra Singh Dhoni while batting on 3. The umpire checked the no-ball and the replays showed that the bowler had overstepped his mark.

Zaman made full use of the opportunity as he went to score his maiden ODI century and was only dismissed after scoring 111 more runs. India lost the match by a massive 180-run margin.