India vs Sri Lanka: Needed To Perform At This Point Of My Career, Says Jaydev Unadkat

Jaydev Unadkat, who played all the three matches, ended the T20I series with four wickets and a brilliant economy rate of 4.88. 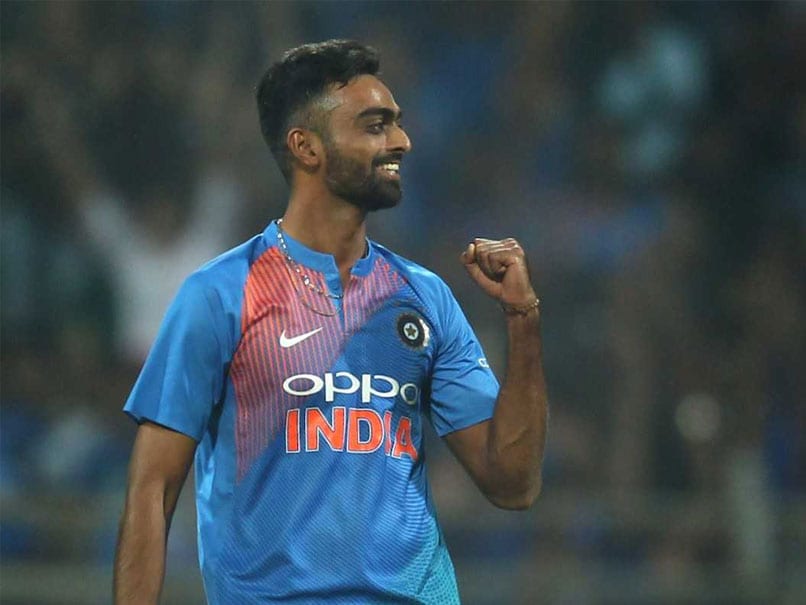 Jaydev Unadkat starred with the ball for India in the T20I series against Sri Lanka.© BCCI

Jaydev Unadkat was one of the most impressive performers for India in the just-concluded Twenty20 international series against Sri Lanka. The left-arm pacer returned to the India fold after failing to get a look-in for more than a year. Unadkat might have taken four wickets less than Yuzvendra Chahal (8 wickets) -- the highest wicket-taker in the T20I series -- but boasted the best economy rate among every single bowler in the series. Unadkat, who played all the three matches, ended the series with four wickets and a brilliant economy rate of 4.88.

The 26-year-old Saurashtra pacer had impressive figures of 2/15 against Sri Lanka in the third and final T20I game of the series, which India won by five wickets at the Wankhede Stadium on Sunday night.

"This series has really helped me gain the confidence needed at International level. In the past also, whenever I have done well in domestic (cricket) I have got my chances. So it was about doing well out there and getting that confidence," said Unadkat.

"It was just not coming to me when I played for India the previous time. But yes, this series has definitely been a turnaround for me and I really needed (it) at this point in my career and I would be really happy to take it forward from here," he said at the post-match press conference.

The left-handed pacer made his Test debut in 2010 in South Africa. He then played seven ODIs in 2013 and made his T20 debut in Zimbabwe in June 2016 before spending another year and a half in the wilderness.

His chances of a comeback improved after the retirement of veteran Ashish Nehra with the selectors on the lookout for a left-handed pacer to be included in the mix to give the bowling attack a variety.

Asked about it, Unadkat said, "That is something for the management to see for, but I would definitely agree that a left-arm seamer does add to the variety of the team's attack and it would be awesome if I will be able to keep doing well and be a regular player in the limited-overs format.

"That is something I am looking forward to do now. It is just the start, I have got the confidence. It is about how I take it from here, how I work on my skills more and more. Players will try and target at my skills, they will study what my skills are now that I have played a few games on the international circuit," the Porbandar-born bowler said.

Comments
Topics mentioned in this article
Jaydev Unadkat India Cricket Team Sri Lanka Cricket Team India vs Sri Lanka 2017-18 Cricket
Get the latest updates on IPL Auction 2023 and check out  IPL 2023 and Live Cricket Score. Like us on Facebook or follow us on Twitter for more sports updates. You can also download the NDTV Cricket app for Android or iOS.