Ravi Shastri's "we don't care" comment on T20 cricket didn't go down so well with fans. 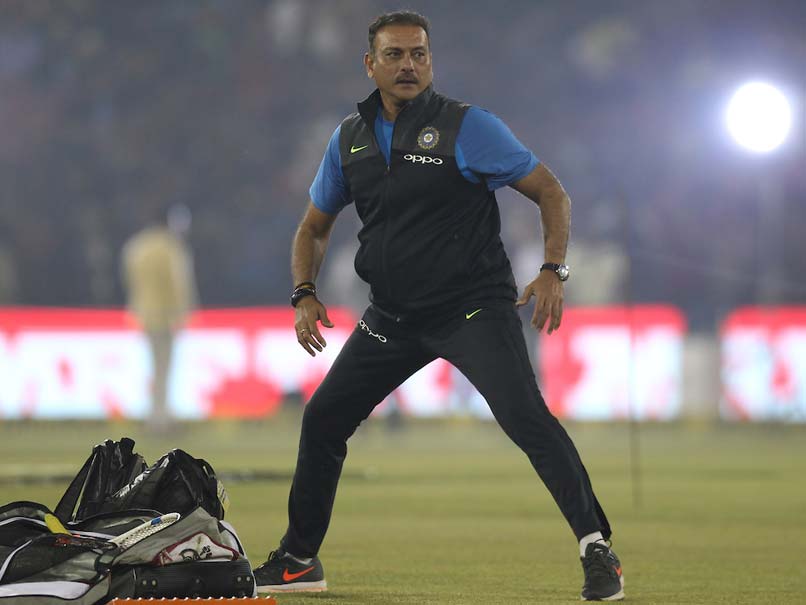 Ravi Shastri had said his team is not too bothered about T20 cricket.© BCCI

Ravi Shastri has made it amply clearly -- India's focus is on Test and ODI cricket, while T20s are a way of blooding in youngsters and opportunity for those looking to the nail down a place in the Indian squad for the 2019 World Cup. Following India's win over Sri Lanka in the third and final T20I in Mumbai that helped them complete a whitewash over the visitors, Shastri said his team is not too bothered about T20 cricket and it really doesn't matter whether you win or lose in the format. While some fans on Twitter hailed the Indian coach for getting his priorities right, others were not too impressed with his statements.

"T20 cricket for us, we don't care. You win or lose, it doesn't matter, but give youngsters the opportunity so you come to know who is in the fray for 2019," Shastri had said on Sunday.

These comments didn't go down too well with the fans with many saying it was unbecoming for a coach of the national team to make such statements.

It is unbecoming of a coach to say si irresponsible statement.#T20 #INDvSL

A very bad &rather an arrogant statement.Good or bad T20 is here to stay &a team should take it seriously as they take tests&ODIs.

I see that his words doesn't justify actions. Winnings the series was his first priority, then giving chance to the youngsters. #IndvsSL

Why is Dhoni even playing T20 then. His words doesn't match with his actions.

How he can say don't care T20....we are number 2nd in t20s..behind Pakistan and this man saying don't care..if u don't care then resign from head coach and train youngsters in under 19...all formats are v imp for india

However, there were some who did support Shastri for what they thought was a bold but an honest opinion.

Seriously those are some strong words, coming from the coach. Telling the focus in on the Tests & ODIs, really good to see..

Fair play to Ravi Shastri, admitting what most people thought was the case.#INDvSL

Meanwhile on Monday, Shastri made an impassioned defence of MS Dhoni, saying Dhoni, aged 36, is fitter and faster than players who are ten years his younger.

The Indian coach came out with some strong statements against people criticising Dhoni and asked them to look at the mirror and see what they were doing at Dhoni's age.

The wicket-keeper batsman was pushed up the order in the T20I series and that seemed to have a positive effect on his batting, which was clear to see in the opening T20I at Cuttack. Dhoni had smashed 39 off just 22 balls that helped India post 180.

Sponsored by Vuukle
Comments
Topics mentioned in this article
India Cricket Team Sri Lanka Cricket Team Ravi Shastri India vs Sri Lanka 2017-18 Cricket
Get the latest updates on IPL Auction 2023 and check out  IPL 2023 and Live Cricket Score. Like us on Facebook or follow us on Twitter for more sports updates. You can also download the NDTV Cricket app for Android or iOS.