Ravi Shastri came out with a strong statement, saying they are not too bothered about T20 cricket and it really doesn't matter whether you win or lose in the format. 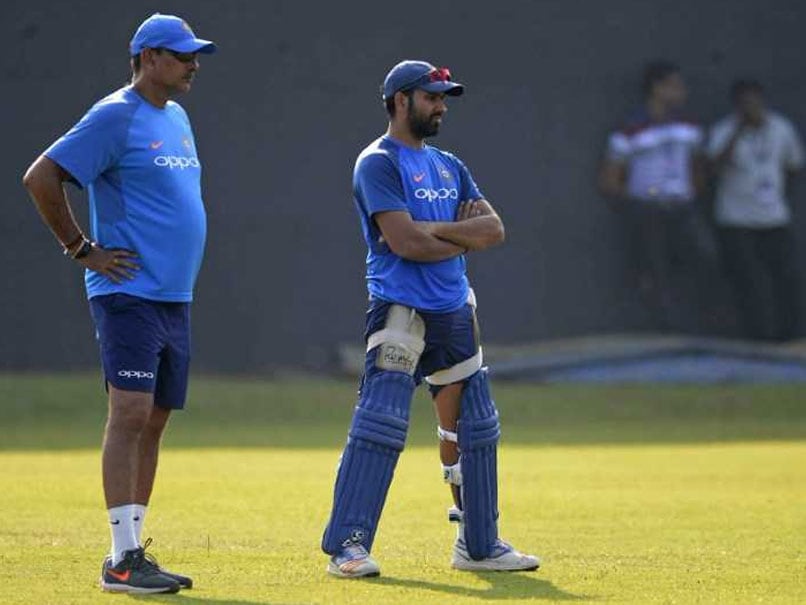 After winning the third and final Twenty20 International against Sri Lanka, India coach Ravi Shastri came out with a strong statement, saying that his team is not too bothered about T20 cricket and it really doesn't matter whether you win or lose in the format. Riding on Jaydev Unadkat's brilliant bowling performance and Manish Pandey's handy 32, India won the final T20I by 5 wickets in Mumbai to complete a 3-0 series whitewash. Talking about India's performance Shastri said in the post match chat, "That's the hallmark of a good team where we respect oppositions, and when you respect oppositions you stay grounded."

After the hosts completed a clean sweep, Shastri spoke about the T20 format and went on to say, "T20 cricket for us, we don't care. You win or lose, it doesn't matter, but give youngsters the opportunity so you come to know who is in the fray for 2019."

Unadkat was the pick of the bowlers for India and Shastri reckons the young left-arm seamer has improved a lot.

"Very good variations (talking about Unadkat). He's been around for 5-6 years now but he's evolved beautifully. He understands his bowling which is so important," added India's head coach.

Shastri was all praise for India opener KL Rahul saying that he was the most improved player in international cricket in recent times.

"Rahul is a class player. He's got time. He plays all the shots. For me, he's the most improved player in world cricket in the last 18-20 months."

India will next play South Africa in January and Shastri is confident that India will do well in overseas conditions.

"That's the challenge (the South Africa tour). In your playing career, if you're not up for challenges, then it's no fun. Should be a good series. This is a side which can compete anywhere in the world," Shastri signed off.

Comments
Topics mentioned in this article
India Cricket Team Sri Lanka Cricket Team Ravi Shastri India vs Sri Lanka 2017-18 Cricket
Get the latest updates on IPL 2021, IPL Points Table , IPL Schedule 2021 , live score . Like us on Facebook or follow us on Twitter for more sports updates. You can also download the NDTV Cricket app for Android or iOS.