The India squad for Cricket World Cup 2019 will be announced on Monday. Will there be one or two surprise inclusions made? 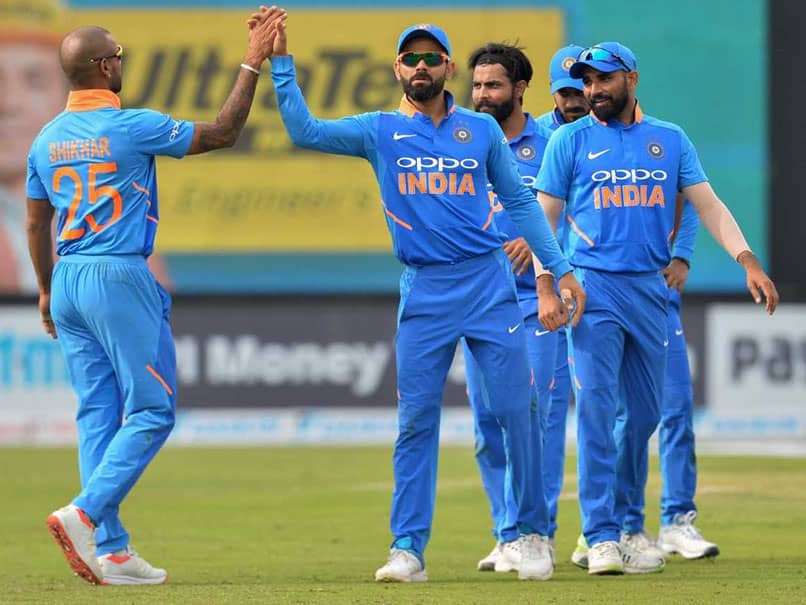 The India squad for World Cup 2019 will be announced at a press conference in Mumbai on Monday. This will follow a meeting between the five-man national selection committee led by MSK Prasad, India captain Virat Kohli and chief coach Ravi Shastri at the BCCI Cricket Centre in Mumbai. According to reports, India will stick to the ODI squad they have fielded over the recent few months -- in the ODI series against Australia and New Zealand -- but there may be one or two surprise inclusions made.

The big question mark is over the No.4 spot in the batting order. Rohit Sharma, Shikhar Dhawan and Virat Kohli pick themselves for the top three spots. KL Rahul is likely to be included as the back-up opener.

Ambati Rayudu, who has been India's No.4 since last year's Asia Cup, had an indifferent Australia series and has not set the IPL on fire either. Rayudu's highest score in the Australia series was 18. Even against New Zealand in January, he only managed one 50+ score.

Rayudu's form has opened the door for many more names to be up for discussion. Ajinkya Rahane, who has been out of the ODI squad since last year, Shreyas Iyer, Dinesh Karthik and Vijay Shankar are likely to be the main contenders to replace Rayudu.

There have been some extreme suggestions, like Sourav Ganguly's endorsements of Cheteshwar Pujara and Rishabh Pant for the No.4 spot. On the other hand, Akash Chopra has suggested that the squad should not be tinkered with before the showpiece tournament.

"Rayudu may not be the best Number 4 in the world but he is the best India has at the moment. Hope the selectors realise that on 15th. Technical shortcomings etc. had to be thought about before giving him the #4 slot for months leading up to the WC. Now that he's been invested in (and he's delivered reasonably okay), he must be persisted with," the former India opener said in a series of tweets earlier this week.

Kedar Jadhav is the other middle order batsman who picks himself.

There is also a question mark over who the selectors will pick as the reserve wicketkeeper, who can also be called upon to play at No.6 after MS Dhoni. Rishabh Pant's match-winning mettle, combined with his recent form - in the IPL and in the Australia series - will make it very hard to ignore him. Dinesh Karthik, who has also been part of the ODI squad over the last year, is the other contender.

Hardik Pandya and Vijay Shankar are the pace bowling all-rounders in contention. Ravindra Jadeja might get an opportunity if the selectors decide to opt for a three-man pace attack. Given what Jadeja can also add to the team with his fielding, the selectors just might decide to rely on Pandya or Shankar to shoulder the fourth pacer's responsibilities.

Jasprit Bumrah, Mohammed Shami and Bhuvneshwar Kumar would seem to be the automatic choices to be the three fast bowlers. Similarly, Kuldeep Yadav and Yuzvendra Chahal are also likely to be the two spinners.

In case the selectors decide that a fourth paceman is essential, there are quite a few names which can be up for discussion. Deepak Chahar and Navdeep Saini have impressed for their respective teams in this year's IPL. Ishant Sharma has also been in great form of late, but he has not featured in India's ODI plans since the last World Cup.

Yuzvendra Chahal World Cup 2019 Cricket
Get the latest updates on IPL 2021, IPL Points Table , IPL Schedule 2021 , live score . Like us on Facebook or follow us on Twitter for more sports updates. You can also download the NDTV Cricket app for Android or iOS.