Kapil Dev has MS Dhoni on top of his list of all-rounders for World Cup 2019. 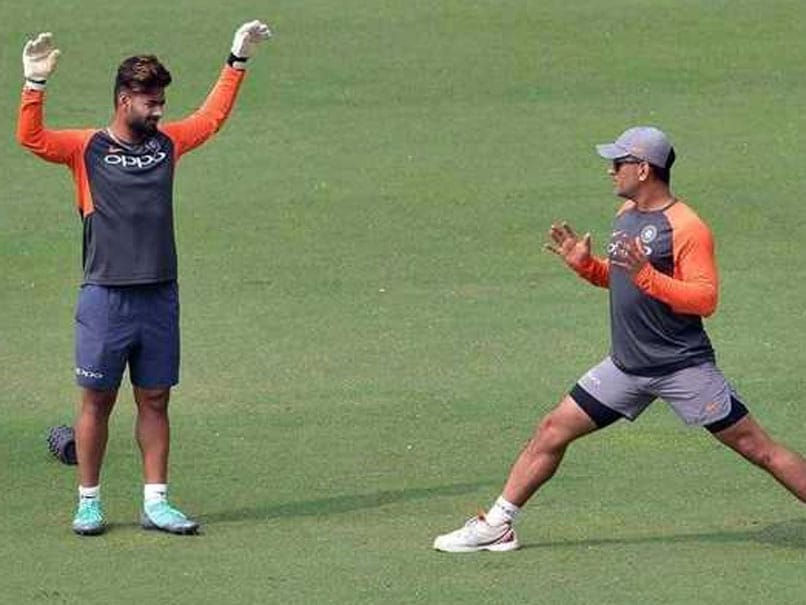 Former India captain Kapil Dev spoke on Wednesday on India's chances in the upcoming World Cup 2019. He believes that anyone among the top seven of India can bat at the No. 4 position. He stressed on the fact that India should be playing to win a match and the number four position can be decided as per the situation of the game. The 1983 World Cup winning captain believes that Rishabh Pant and other wicket-keepers in contention have the ability and talent but they need to perform as MS Dhoni has set a high standard over the years.

"Dhoni has set the standard so high. They (other wicketkeeper-batsmen) have the ability and talent. Only the execution over a period of time is needed and it won't happen overnight. Yes, they've done a couple of good performances but the standard is really high in today's team. They have a long way to go," ESPNcricinfo quoted Kapil Dev as saying.

"I don't think anybody these days has numbers (fixed positions in the line-up) -- the need of the hour is more important. You can send MS Dhoni, or anybody. Number one to seven are all good enough to play there. One shouldn't get confused. Play like you want to win the match and don't go by the number. It should depend on the situation of the match," Kapil added.

"Is a batsman-bowler the only all-rounder? You can now say even a wicketkeeper is an all-rounder. The meaning of all-rounder is changed. It's not just about a batsman who makes runs and takes wickets. Wicket-keeper should also be on this list. That way, Dhoni comes in very high. If you're good in two departments - any two departments - everyone will come under that if you include fielding," said the former captain.

Kapil Dev said the current team does not have the 1983 World Cup winning squad ahead of the June-July tournament in England.

"They don't have us, that's the difference," Kapil said. He was at an event with some members of the 1983 squad including Kris Srikkanth, Syed Kirmani, and Roger Binny.

India Cricket Team World Cup 2019 Cricket
Get the latest updates on Olympics 2020, Olympics 2020 Medal Tally, Live Cricket Score . Like us on Facebook or follow us on Twitter for more sports updates. You can also download the NDTV Cricket app for Android or iOS.