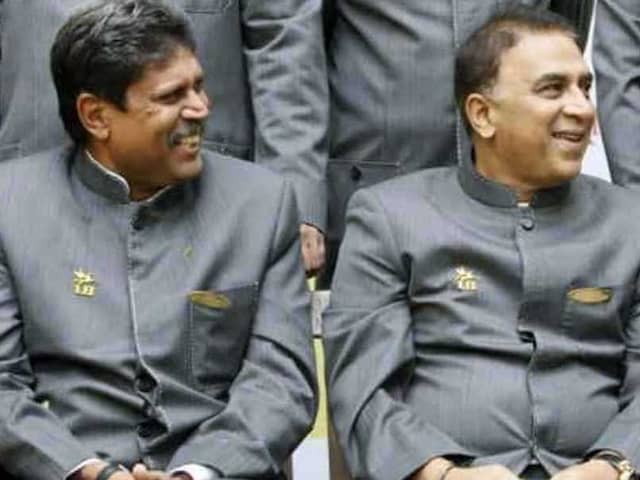 Little Master Sunil Gavaskar heaped praise on India's greatest all-rounder Kapil Dev, saying that had he featured in the Indian Premier League (IPL), then he would have garnered the highest bids and fetched Rs 25 crore in the auctions. Both Indian legends were present at a TV program organized. On being asked by the anchor, Gavaskar described Kapil Dev as the greatest all-rounder India has ever produced taking into consideration his abilities with both bat as well as ball.

On being reminded of that swashbuckling innings by Kapil at Turnbridge Wells that led India to an unlikely 31 runs win against Zimbabwe beyond anyone's expectations, Gavaskar said, "I believe this is the best-ever innings I have ever witnessed in one-day cricket. Neither during my playing days nor as a commentator have, I seen this kind of knock.

"The precarious situation (with India reeling at 17/5) we were alongside the cold hostile weather with the ball doing a lot of talking. At one point of time it seemed we will be bundled out around 60-70 runs," Gavaskar said during the show on Aaj Tak.

Gavaskar went on to appreciate Kapil's innings saying, "Kapil forged valuable partnerships with Syed Kirmani and Roger Binny. And the most appreciating stuff about that innings is that until Kapil reached 70s-80s he hardly slashed any lofted drives. But thereafter, the sixes that he hit were awesome".

The anchor then asked Gavaskar had Kapil Dev been playing IPL today, then would he rate him as the Most Valuable Player (MVP) or had he auctioned as the costliest purchase?

To this Gavaskar replied, "He would have been the costliest player and purchased for 25 crores leave apart 7-8 crores that we talk about today."

Meanwhile Kapil Dev jovially replied, "I used to give Sunny 10-15 crores from behind", and the audience burst into laughter.

India's captain Kapil Dev came into bat at number 6 during the 1983 Prudential World Cup match with Zimbabwe and scored a match-winning knock of unbeaten 175 runs off just 138 balls that included 16 fours and 6 sixes with a strike rate of 126.81.

India eventually went on to lift the Prudential World Cup defeating defending champions West Indies at Lord's in the final.

Kapil Dev's 175 is counted among the all-time classics in the annals of one-day cricket.

Sunil Gavaskar Kapil Dev Cricket IPL 2019
Get the latest updates on IPL 2020, check out the IPL Schedule for 2020 and Indian Premier League (IPL) Cricket live score . Like us on Facebook or follow us on Twitter for more sports updates. You can also download the NDTV Cricket app for Android or iOS.