India went in with four fast bowlers in the Perth Test, a decision that raised many eyebrows. 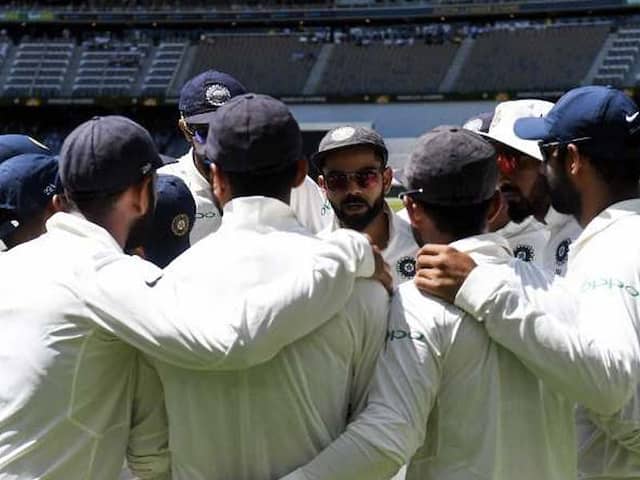 Virat Kohli defended the decision to go for an all-pace attack after Perth loss.© AFP

Team India skipper Virat Kohli faced stiff criticism after his side's crushing 146-run loss to Australia in the second Test in Perth on Tuesday. Former India batsman Sunil Gavaskar hit out at "selection blunders" after Australia levelled the four-match series 1-1 at the Optus Stadium. Gavaskar said that the roles of Kohli and coach Ravi Shastri need to be assessed if India fail to perform in the final two Tests in Melbourne and Sydney. "If India fail to win the next two matches, the selectors need to think whether we are getting any benefit from this lot - the captain, coach and support staff," Gavaskar told Aaj Tak TV news network.

Gavaskar was baffled by India's selection for the second Test, where they failed to include a specialist spinner while Australia's Nathan Lyon played a pivotal role with eight wickets and was named man of the match.

He added that since India's tour of South Africa at the start of the year, picking wrong players "has lost matches which could've been won".

However, Kohli defended the decision to go for an all-pace attack after the loss.

"We as a team didn't think we definitely wanted to consider a spinner on this pitch, especially looking at the pitch on day one and how we thought it would play the first three days, which is how it did play," Kohli said at the post-match press conference.

"We thought the fast bowlers were going to be more productive for us as a team.

"They executed their plans to 95 percent of what we expected and you can be happy with that.

"We were pretty convinced going in with four fast bowlers, looking at the conditions, and I think they did pretty well," he added.

Ravichandran Ashwin is expected to be fit and available for selection for the third Test, starting in Melbourne from December 26.

Sunil Gavaskar Australia vs India 2018/19 Cricket Australia vs India, 2nd Test
Get the latest Cricket news, check out the India cricket schedule, Cricket live score . Like us on Facebook or follow us on Twitter for more sports updates. You can also download the NDTV Cricket app for Android or iOS.