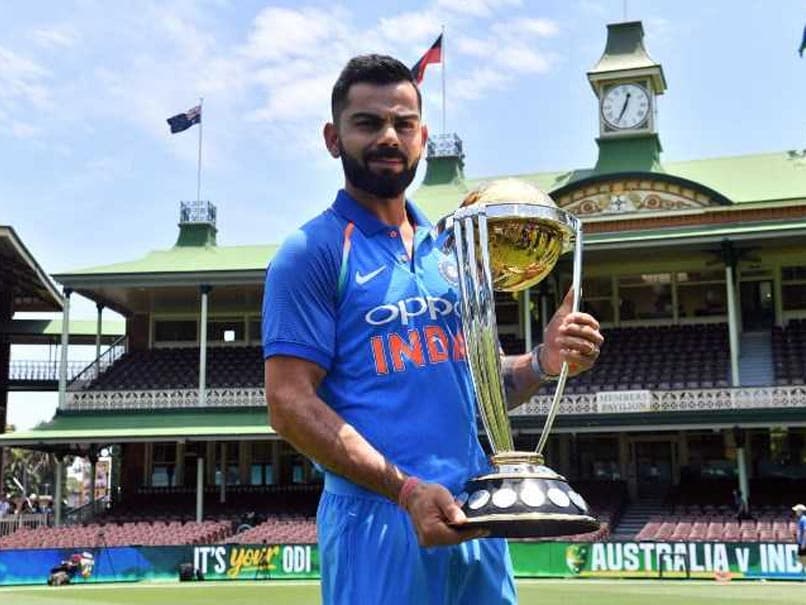 The Indian squad for World Cup 2019 will be selected on April 15 in Mumbai.© AFP

The India 2019 World Cup squad will be picked on April 15 with Indian media reports claiming that the national selectors, led by MSK Prasad, will gather in Mumbai to make a final call. The World Cup 2019will be held in England and Wales, starting May 30. The International Cricket Council (ICC) requires all 10 squads to be submitted by April 23. India are one of the favourites along with England to lift the trophy but a couple of spots are still up for grabs in the Indian team. Who will bat at No.4, has been a matter of debate between pundits and former cricketers.

According to news agency PTI, the Committee of Administrators (CoA), along with the Board of Control for Cricket in India (BCCI) office-bearers, decided on the date during a meeting on Monday.

Captain Virat Kohli had said that performance in IPL 2019 would not be a factor in choosing the squad. Rohit Sharma echoed Virat Kohli's sentiments when he said that conditions in England along with the opinion of the skipper and coach will determine the team composition.

The No.4 spot in the Indian batting order has been a much talked-about issue. A number of players have emerged as contenders for the No.4 slot.

Ambati Rayudu was expected to India's No.4 but some poor performances in the ODI series against New Zealand and Australia at home seem to have scuppered his chances. KL Rahul and Rishabh Pant also are in the running.

"I would be picking him in the Indian team as the batsman for No.4 as he can win you the game with his talent," Ponting had said.

Captain Virat Kohli batted at number four in the fourth ODI of the five-match ODI series, which India lost 2-3 to Australia at home. But there don't seem to be very many takers for that with the likes of Sourav Ganguly saying he prefers Kohli to bat at his usual No.3 spot.

Meanwhile, the BCCI will be getting Rs 2.09 crore from Cricket Australia after reconciliation of accounts for the past 10 years.

"There have been discussions on accounts settlements over all the past bilateral series between India and Australia. We are supposed to get Rs 2.09 crore. The discussions are still on. The office bearers will again meet the CoA on April 20," a BCCI official told PTI on Monday.

Rohit Sharma BCCI World Cup 2019 Cricket
Get the latest updates on SA vs IND 2021-22, check out the Schedule and Live Score . Like us on Facebook or follow us on Twitter for more sports updates. You can also download the NDTV Cricket app for Android or iOS.