India are scheduled to travel to the West Indies for a full-fledged tour that included three ODIs, three T20Is and two Tests. 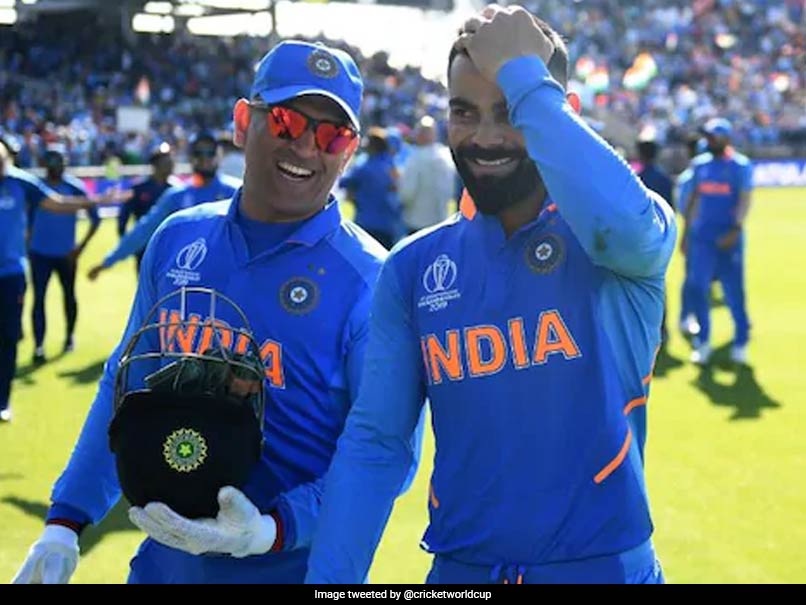 India's tour of the West Indies will start with a three-match T20I series.© Twitter

Krunal Pandya has been picked for the T20 leg of the upcoming tour of the West Indies. The all-rounder performed well in the recently-concluded unofficial One-day International (ODI) series against West Indies A. India A beat the hosts 4-1 in the five-match series. The selectors have taken the performances of the players in this series into consideration while announcing the squads on Sunday in Mumbai. India are scheduled for a full-fledged tour of the West Indies where they will be playing three T20Is, three ODIs and two Test matches.

Ahead of the series, Krunal Pandya mentioned that consistency and knowledge of how to play according to the situation is what makes MS Dhoni and Virat Kohli stand out.

"For Mahi bhai, there is no better finisher than him, not just in Indian cricket but in world cricket. Both Mahi bhai and Virat has the patience and the way they play according to the situations is what stands out," Krunal Pandya was quoted as saying by bcci.tv.

MS Dhoni had made himself unavailable for the tour of the West Indies, while Virat Kohli will lead the side across all formats. Krunal Pandya, who is a part of the T20 squad, said that he would like to learn consistency from India's skipper asIndia kicks off the tour with T20I series, beginning August 3.

"I would like to learn how he (Virat) keeps the hunger going and he manages to stay so consistent. Like how in every match and in every format he starts from zero and always scores to help the team get over the line," Pandya added.

The 28-year-old Pandya also highlighted the importance of "A" tours and said that it helps the players to get the much-needed experience of the conditions.

"In the last two-three years I have been to England, South Africa and New Zealand and that gives you an advantage when you get the opportunity to play with the senior side," Pandya said.

Speaking about the turning point of his career, the all-rounder mentioned that representing Mumbai Indians was a big turnaround as it allowed me to showcase my talent.

"The biggest turning point for me was representing Mumbai Indians as that is place from where I was able to show my ability. The amount of pressure when you are playing in IPL is different and eventually when you went on to win the trophy, it gives you a satisfaction that finally all the hard work of 2.5 months has finally paid off," Pandya said.

MS Dhoni
Get the latest updates on Fifa Worldcup 2022 and check out  Fifa World Cup Schedule, Stats and Live Cricket Score. Like us on Facebook or follow us on Twitter for more sports updates. You can also download the NDTV Cricket app for Android or iOS.