India will play three-match Twenty20 International (T20I) and as many One-Day Internationals (ODIs), followed by two-Test series against the West Indies. 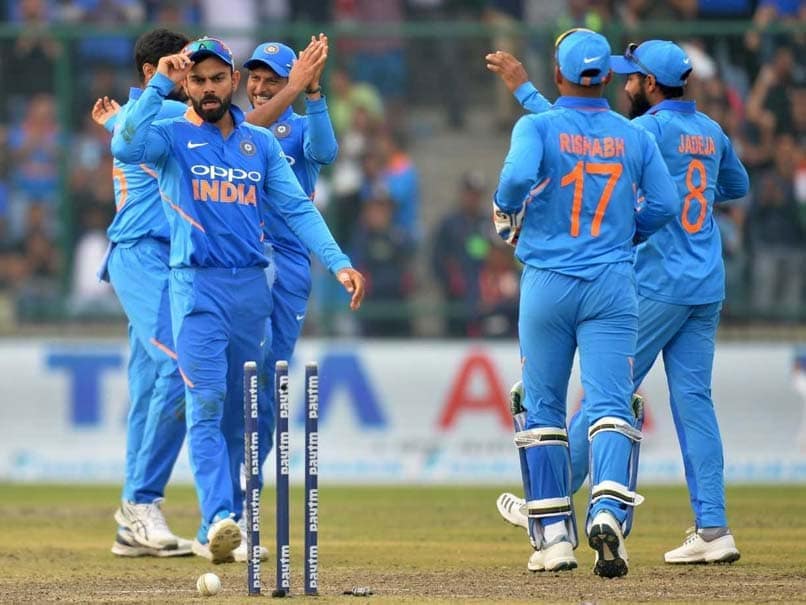 Virat Kohli will lead India against West Indies in all three formats.© AFP

Virat Kohli will lead the Indian team for the Test, ODI and T20I series in West Indies, starting on August 3, the Board of Control For Cricket in India (BCCI) announced on Sunday. Rishabh Pant has been selected as the first-choice wicket-keeper in the limited-over squads after MS Dhoni had made himself unavailable for the tour. India's premier fast bowler Jasprit Bumrah has been rested from the limited-overs leg of the West Indies tour but has been included in the Test squad, with the likes of Khaleel Ahmed, Navdeep Saini included in the limited-over squads. Among the batsmen, Manish Pandey, Shreyas Iyer have been included in the side after their brilliant run for India A while Shikhar Dhawan has made a return to the ODI and T20I teams after suffering an injury during World Cup 2019.

Dhawan, whose World Cup 2019 was cut short due to an injury, has been included in the limited-over squads while Wriddhiman Saha, Ravichandran Ashwin, Hanuma Vihari and Umesh Yadav have made a return to the Test squad.

Rookie leg-spinner Rahul Chahar is the only new face across three formats for the upcoming tour of the West Indies.

Rajasthan leg-spinner Chahar has been rewarded for his consistent show in the IPL and domestic cricket with a berth in the Twenty20 squad. He is younger cousin of seamer Deepak, who is also in the T20 squad.

From the World Cup squad, the prominent player to be dropped is Dinesh Karhik while Hardik Pandya and Jasprit Bumrah have been rested as a part of workload management programme.

India will play three-match Twenty20 International (T20Is) and as many One-Day Internationals (ODIs), followed by two-Test series against West Indies.