Ravichandran Ashwin added to the record of his on-field antics when he bowled with an unusual action in Dindigul Dragons' season-opener in the TNPL. 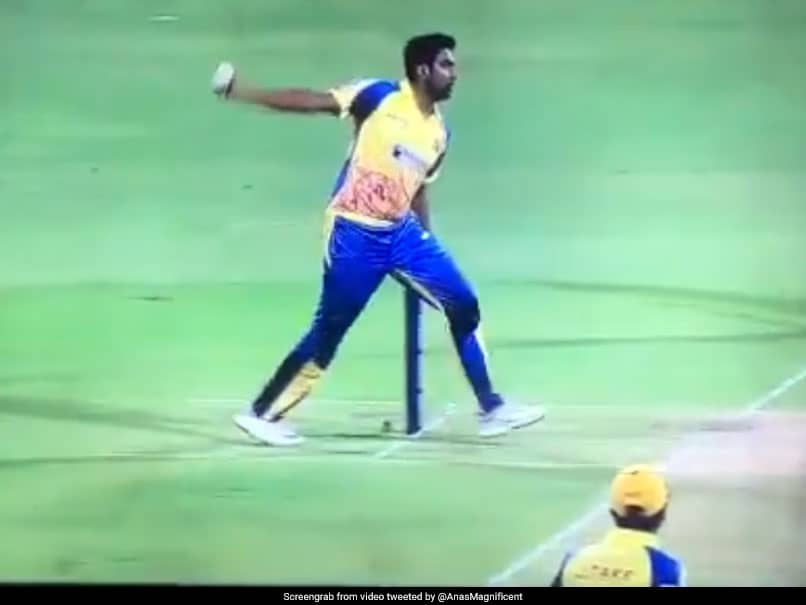 Ravichandran Ashwin, out-of-favour from the national team, hogged the limelight with his bizarre bowling action in the Tamil Nadu Premier League (TNPL) on Friday. Ravichandran Ashwin added to the record of his on-field antics while bowling for Dindigul Dragons in their season opener against Chepauk Super Gillies. Ravichandran Ashwin, 32, delivered the ball with his non-bowling arm absolutely stationary as he completed his run-up on the wrong foot. The bizarre incident took place when Chepauk Super Gillies needed 17 runs off two balls with one wicket to spare. The video of the incident started doing the rounds on social media, with many left baffled with Ashwin's awkward action.

Ashwin's stint at the TNPL comes after he featured for Nottinghamshire in the County Championship Division One. He had impressed in the tournament by picking more than 20 wickets in three matches and also playing cameo knocks.

Ashwin had earlier created quite an uproar after mankading Jos Buttler in the Indian Premier League (IPL) 2019.

The right-handed off-spinner made his last appearance for the national team during the India vs Australia Test series in December, while his last One-Day International (ODI) and Twenty20 International (T20I) appearances came in 2017.

Ashwin has featured in 65 Tests, 111 ODIs and 46 T20Is for the national team. He has picked up 342 wickets in the longest format of the game with the best bowling figures of 7/59.