IPL 2019: Chennai Super Kings have ensured that they will play Qualifier 1 on Tuesday. Kings XI Punjab have finished the season at 6th spot. 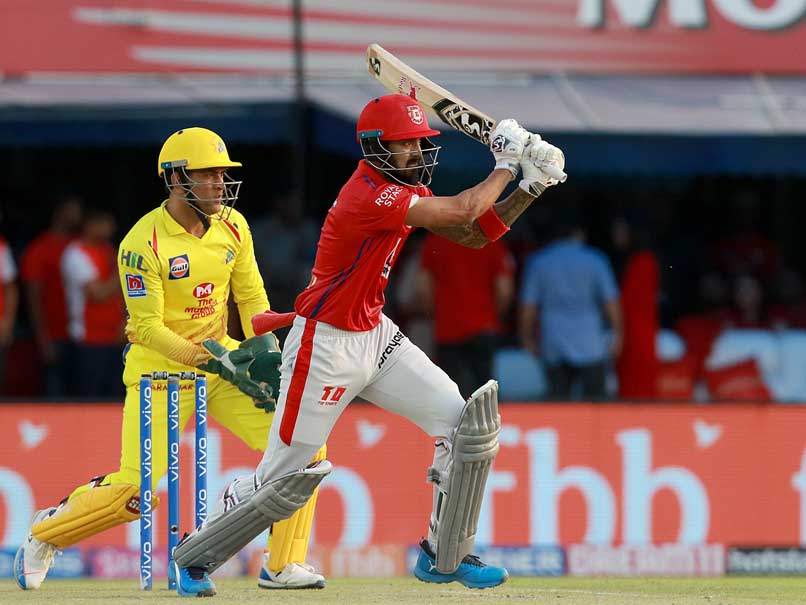 Kings XI Punjab (KXIP) have beaten Chennai Super Kings (CSK) by 6 wickets and 2 overs to spare in their last league match at the IS Bindra Stadium in Mohali on Sunday. After CSK posted 170/5 in their 20 overs, KXIP chased down the target courtesy of two blitzkriegs -- primarily by KL Rahul (71 off 36 balls) and then by Nicholas Pooran (36 off 22 balls). CSK will play the Indian Premier League (IPL) Qualifier 1 in Chennai on Tuesday. Whether they will face Delhi Capitals or Mumbai Indians will be decided later tonight. KXIP finish IPL 2019 at 6th spot. They will be disappointed after the brilliant start they enjoyed to the season, but will be glad they have got one over the league leaders CSK in their last match.

CSK will be happy that with a net run-rate of +0.131 which is far better than Delhi Capitals' (+0.044), the defending champions will remain in the top two with two clear shots at summit clash qualification even if MI beat KKR in the evening game.

Such was Rahul's domination in the chase that Universe Boss Gayle's run-a-ball knock paled in in comparison as the duo added 108 runs in only 10.3 overs to seal the match.

While senior off-spinner Harbhajan Singh got three wickets, he was hit for 57 runs in four overs. In fact, Dhoni's ploy to use Harbhajan in the Powerplays which had worked wonderfully at the Chepauk, backfired on a placid Mohali track as he went for 41 runs in his first two overs --17 in the first and 24 in the second.

In that second Harbhajan over which was fourth of the innings, Rahul hit the veteran for three boundaries and two sixes, completing his half-century off 19 balls.

He scored at fast clip albeit coming only after skipper Ravichandran Ashwin's public admission that KXIP's Powerplay batting left a lot to be desired.

Harbhajan was far better in his final two overs as he took three wickets for 16 runs including Rahul, Gayle and Mayank Agarwal. However Pooran played a cameo to ensure a happy ending for the home team.

Earlier, Faf du Plessis missed out on a well-deserved hundred by four runs as Kings XI Punjab bowled well at the death to restrict Chennai Super Kings to 170 for 5.

Courtesy Du Plessis' 96 off 55 balls and his 120-run stand with Suresh Raina (53 off 38 balls) set a platform for the defending champions.

Du Plessis' knock had 10 fours and four sixes and was dismissed by brilliant Curran yorker in the 19th over. Du Plessis destroyed the Kings XI bowling attack, particularly punishing medium pacer Andrew Tye (0/37 in 3 overs) and spinner Murugan Ashwin (0/33 in 3 overs), hitting two boundaries and a six in one of their over.

Raina gave him good support at the other end, hitting five boundaries and two sixes. Raina, who along with du Plessis tried to accelerate the pace of scoring, fell when the score was 150 in the 17th over off Curran's bowling. The England all-rounder at the onset had dismissed Shane Watson.

Ambati Rayudu (10) and Kedar Jadhav's (0) wickets were claimed by pacer Mohd Shami in the final over of the innings.

Mohammed Shami IPL 2019 Kings XI Punjab vs Chennai Super Kings, Match 55 Cricket
Get the latest updates on T20 World Cup, check out the T20 World Cup Schedule and Live Score . Like us on Facebook or follow us on Twitter for more sports updates. You can also download the NDTV Cricket app for Android or iOS.