India A Win Fifth Unofficial ODI Against West Indies A, Wrap Up Series 4-1

Ruturaj Gaikwad starred with the bat as India A outclassed West Indies A in the fifth unofficial ODI to win the series 4-1. 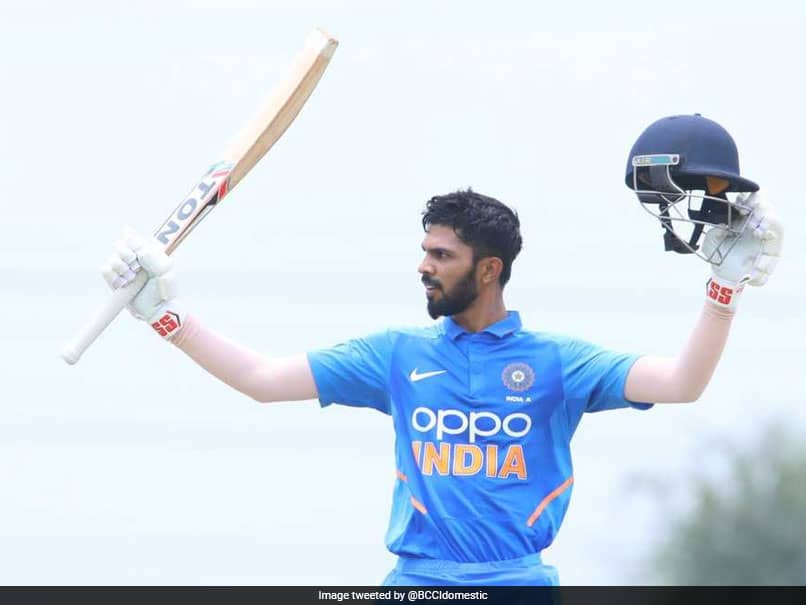 Ruturaj Gaikwad scored a brilliant 99 as India A beat West Indies A by 8 wickets.© Twitter

India A defeated West Indies A by eight wickets on Sunday at the Coolidge Cricket Ground to win the five-match unofficial ODI series 4-1. Chasing 237, Ruturaj Gaikwad and Shubman Gill provided a brilliant start to the team as they stitched together a partnership of 110 runs in just 11.3 overs, but the Windies outfit broke the stand with Keemo Paul dismissed Shubman Gill for 69. Shreyas Iyer came out to bat next and he along with Gaikwad put up a 112-run stand, which saw both Iyer and Gaikwad bringing up their half-centuries. Gaikwad (99) was dismissed by Rahkeem Cornwall, but Iyer and skipper Manish Pandey ensured India A overhauled the target with eight wickets and 17 overs to spare.

Iyer and Pandey remained unbeaten on 61 and 7, respectively.

Earlier, India A bowlers displayed a spirited performance to restrict West Indies A to 236 runs after being asked to bowl.

West Indies A had a good opening partnership with Sunil Ambris and Kjorn Ottley putting up a 77-run stand. However, Ottley's stay at the crease was ended by fast bowler Navdeep Saini. While Ottley scored 21 runs, Ambris played a fine knock of 61.

After the dismissal of the openers, West Indies batsmen failed to maintain the tempo as they kept losing wickets at regular intervals, and at one stage were reduced to 124 for seven.

Shane Rutherford came to his team's rescue, scoring a brisk 65 to take West Indies A past the 200-run mark.

India Cricket Team Shubman Gill Ruturaj Gaikwad Navdeep Saini Cricket West Indies vs India 2019
Get the latest updates on IPL 2021, IPL Points Table , IPL Schedule 2021 , live score . Like us on Facebook or follow us on Twitter for more sports updates. You can also download the NDTV Cricket app for Android or iOS.