Rishabh Pant, after two poor outings in the first two T20 Internationals against the West Indies, played a match-winning knock in the third match. 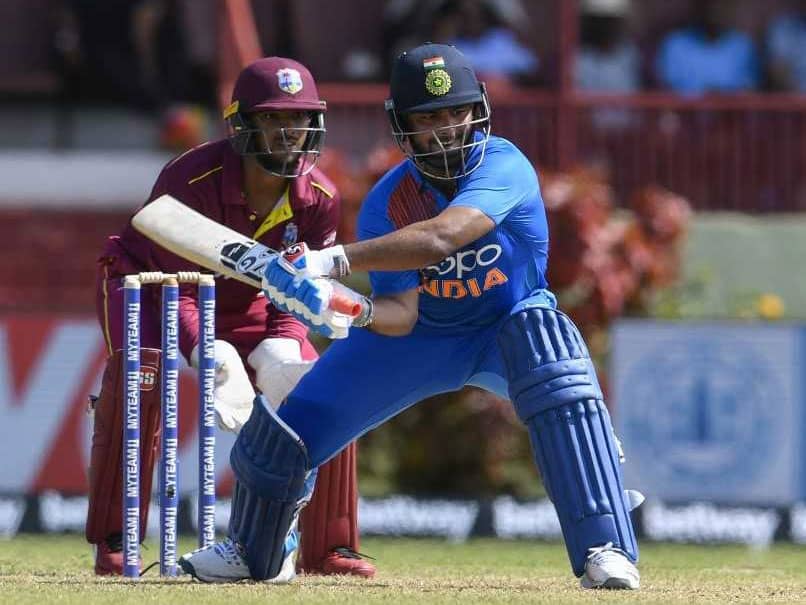 Rishabh Pant sealed victory in style by hitting a six over the head of Carlos Brathwaite.© AFP

Rishabh Pant and Virat Kohli's half-centuries paced India to a comfortable seven-wicket victory over the West Indies in the final fixture of the three-match Twenty20 International (T20I) series at the Guyana National Stadium on Tuesday. With his unbeaten knock of 65 off 42 balls, Rishabh Pant broke the record for the highest score by an Indian wicketkeeper in T20Is. Pant went past MS Dhoni's record of 56 runs against England in Bengaluru in 2017.

Responding to the West Indies total of 146/6, top-scorer Pant and Kohli (59) took the match away from the hosts with a third-wicket partnership of 106. The win on Tuesday also ensured the tourists a clean sweep of the series as the West Indies slumped to their sixth consecutive defeat in the format.

Pacer Oshane Thomas and spinner Fabien Allen combined to remove Indian openers with 27 runs on the scoreboard in the fifth over.

But Pant joined Kohli and the pair consolidated their team's situation and then clinically worked themselves into a winning position before the captain fell with victory in sight.

Pant sealed victory in style by hitting a six over the head of bowler, captain Carlos Brathwaite, at the start of the final over of the match as India finished on 150/3.

"We are looking at him (Rishabh Pant) as the future. He's got a lot of skill and lot of talent. It is about giving him some space and not putting too much of pressure. He's come a long way since he's started. We want to be professional as a side. Looking forward to some fun in the ODIs and Tests as well," Virat Kohli said after the win.

MS Dhoni West Indies vs India 2019 Cricket
Get the latest updates on IPL 2021, IPL Points Table , IPL Schedule 2021 , live score . Like us on Facebook or follow us on Twitter for more sports updates. You can also download the NDTV Cricket app for Android or iOS.