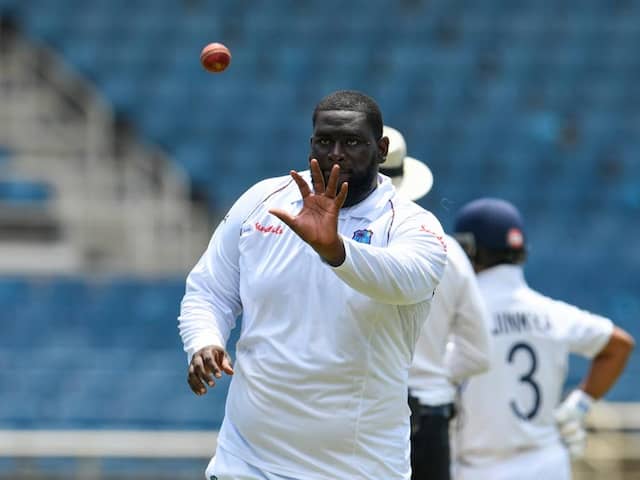 Rahkeem Cornwall, the West Indies all-rounder who created a unique record on his Test debut, was happy to get India's Test-specialist Cheteshwar Pujara as his first international wicket. "Good feeling to get him (Pujara) as my first Test wicket. It was nothing new to me but it was a good feeling," Rahkeem Cornwall, who at 140 kg became the heaviest cricketer to play international cricket, told the media after the first day's play of the second Test. Rahkeem Cornwall returned with figures of 1/69 from his 27 overs as the West Indies restricted India to 264/5 at stumps on Day 1.

"Making my Test debut was a good feeling. I think the ball came on really nice in the beginning. I have to work hard and put the ball into the right areas," he added.

Cornwall also took a couple of catches at slips to remove India openers Mayank Agarwal and KL Rahul off the bowling of skipper Jason Holder. "Our seamers bowled well and when I was asked to bowl, I had to do the same," he said.

"We felt the pitch had a lot of moisture... So we thought once we get to bowl first, we can get early wickets. The toss went in our favour. It was a good day of Test cricket," Cornwall added.

At stumps on Day 1, India were 264/5 with Hanuma Vihari and Rishabh Pant batting at 42 and 27, respectively.