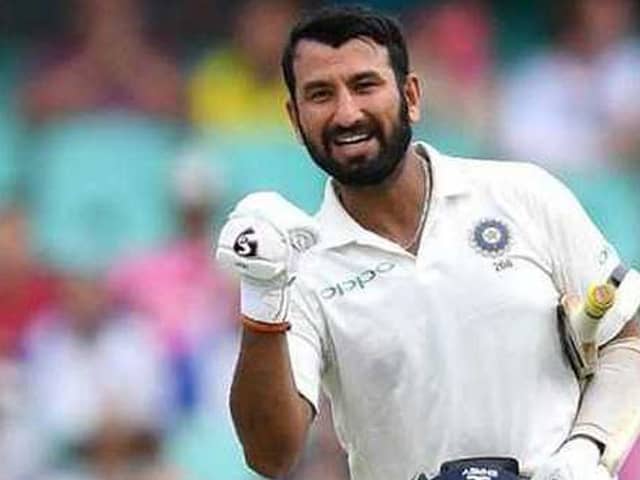 Cheteshwar Pujara brought up his unbeaten century off 61 balls that included 14 fours and a six.© File photo/AFP

Cheteshwar Pujara, India's Test specialist, hogged the limelight on Thursday when he smashed his maiden T20 century in the Syed Mushtaq Ali Trophy. Playing for Saurashtra, Pujara brought up his unbeaten century off 61 balls that included 14 fours and a six. However, Saurashtra lost the match against Railways by five wickets. Expressing confidence on his abilities in white-ball cricket, Pujara said that this was expected as he has done well whenever opportunities came his way. He also added that good form in Test cricket can help bat well in shorter formats.

"It is special. This was expected because I have done well whenever I have got the opportunity in white-ball cricket. I am not surprised by this century, but I am sure many people are. I knew this one would come at some stage in my career, and this is the right time," Pujara told ESPNcricinfo.

"I have been really batting well. Good form in Test cricket can help you bat well in shorter formats. It helps you get into good positions; you pick the ball early so I am really happy. Although it came in a defeat, it was a close game where Railways needed 12 off the last over and they pulled it off," he added.

Pujara has been in exceptional form over the past two to three months. He was the highest scorer for India in their recently-concluded Test series against Australia. The cricketer said that a century in the T20 format is big booster for and hoped that things would get better from here.

"This innings gives me a lot of confidence. Things will get better from here. Once you can trust your game, once you work on something and it pays off, then you know this is a method you can follow," he said.

Pujara has been constantly snubbed by the IPL teams but the player has been putting up his name in the IPL auction. Pujara believes that consistent performance in the T20 format will put him back on the track.

"I think twice for sure (gone unsold). I put my name because somewhere down the line I am very confident about playing white ball, whether it is ODI or T20. If I am not picked, I am not picked. But with such results and I can carry on like this people will start noticing. Even franchises might take notice. If I am still not picked I will carry on doing things I am doing. I don't want to change anyone's perceptions," he said.