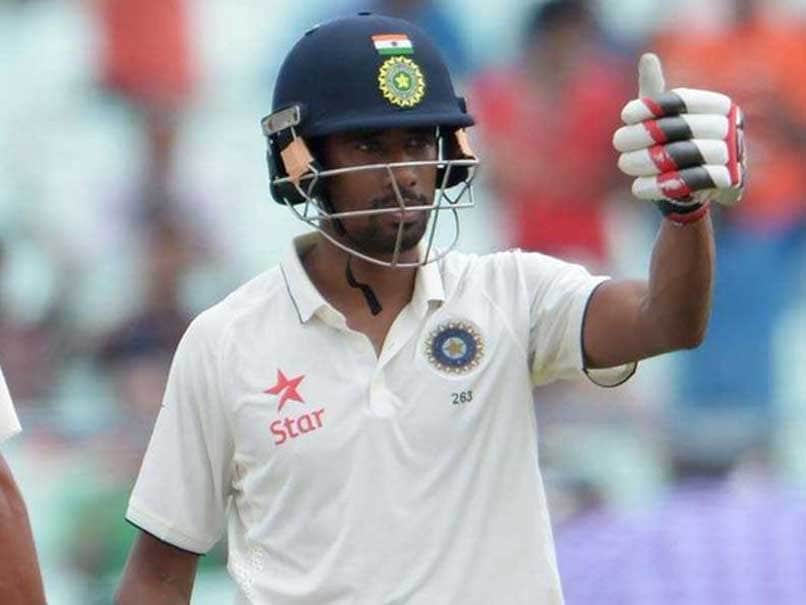 Wriddhiman Saha last played for India in a Test against South Africa in January 2018.© AFP

Wriddhiman Saha might have lost his place to young wicket-keeper Rishabh Pant in Test cricket, however, he has set his sights on domestic cricket to make the best use of the opportunity. The 34-year-old, who last played for India in a Test against South Africa in January 2018, is set to return to competitive cricket as Bengal included him in their 15-member squad for the Syed Mushtaq Ali Trophy. "It's like the start of the season for me," he said of his comeback. Wriddhiman Saha had suffered a shoulder injury in the Indian Premier League (IPL) last year during a match between Sunrisers Hyderabad and Kolkata Knight Riders at Eden Gardens.

When asked about his India comeback with Pant now taking over as the stumper in the longest format, Saha said, "I've never played cricket thinking about selection. It's not in my hands. I'm focused on what is in my control. I'm keen to make full use of the opportunities that come my way."

India's next Test assignment will be in July when they tour the West Indies for two Tests after the 50-over World Cup.

Bengal will open their campaign against Mizoram in their group D fixture in Cuttack on February 21.

Manoj Tiwary will lead Bengal with Abhimanyu Easwaran as his deputy. Bengal had last won the title in 2010-11 season. Bengal are clubbed with Mizoram, Karnataka, Assam, Haryana, Arunachal Pradesh, Chhattisgarh and Odisha in group D. All the matches will be held in Cuttack.