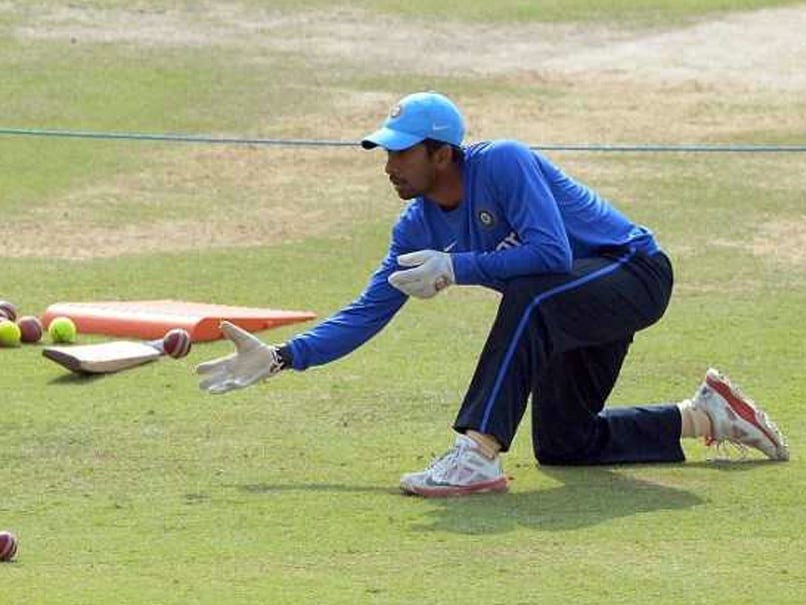 Former India captain Sourav Ganguly has backed wicketkeeper Wriddhiman Saha, who is currently recovering from a shoulder injury, as the best stumper to have played for the country in the last five-six years. "He's out of the team for about a year now because of his shoulder injury. But I think in the last five to 10 years he has been India's best glovesman. Hope he recovers soon. Injury is not in your hands. Wicketkeeper has to dive and he got injured while diving. It takes a certain time to recover. The faster he recovers, the better it is." said Ganguly.

Saha, 34, last played for India in January this year, and after that went through a successful shoulder surgery in August.

Since the retirement of MS Dhoni in Tests in 2014, Saha has been a regular in the Indian Test set-up. But unfortunately, he suffered a hamstring injury during the first Test against South Africa in Cape Town, and was subsequently ruled out of the remainder of the series. After his hamstring troubles subsided, he sustained a shoulder injury during the Test series against England.

The 34-year-old is currently undergoing rehabilitation for his shoulder injury and is looking forward to making a comeback by the end of this year.

"I am much better than before. I expect to make a comeback by mid-December or by the end of the year. The rehabilitation is going on keeping that in mind. So hopefully, if things go to plan I will make a comeback by that time," said Saha.

"I have started knocking at the nets and taking throw-downs but I am not match fit yet," he added.

In the absence of Saha, youngster Rishabh Pant has taken the responsibility behind the stumps. After making his debut in England, Pant played the two-match Test series against the Windies at home. Pant is also expected to take up wicketkeeping responsibilities during the upcoming Test series in Australia.

Wriddhiman Saha Rishabh Pant Cricket Sourav Ganguly
Get the latest updates on ICC T20 Worldcup 2022, check out the Schedule and Live Score. Like us on Facebook or follow us on Twitter for more sports updates. You can also download the NDTV Cricket app for Android or iOS.