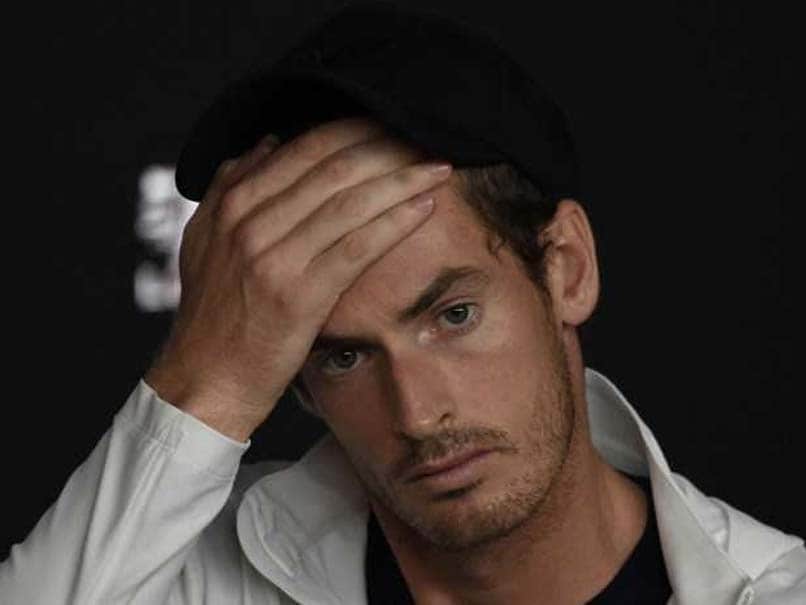 Andy Murray said he would make a decision on further surgery that could end his career "within a week".© AFP

Andy Murray said he would make a decision on further surgery that could end his career "within a week" after battling to a gutsy, epic five-set defeat in the Australian Open on Monday. The Scot fought to the very end before losing his Melbourne first-round match 6-4, 6-4, 6-7 (5/7), 6-7 (4/7), 6-2 to Roberto Bautista Agut. Murray, who has said he will retire this season because of chronic hip pain, seemed finished at two sets and a break down to the 22nd seeded Spaniard in the first round but somehow battled back to force a fifth set.

"Amazing. That was incredible, thank you so, so much to everyone that came out tonight," the three-time Grand Slam champion said after being swept along on a wave of vociferous support at the Australian Open.

"Honestly I've loved playing here over the years. If this was my last match, an amazing way to end. I gave everything I had and it wasn't enough tonight."

Murray announced at an emotional press conference on Friday that he would retire at Wimbledon this year, but conceded Monday's clash could well be his last match as he will soon need a further major operation on his damaged right hip.

"I have basically like two options," he told reporters. "One is to take the next four-and-a-half months off, then build up, you know, play Wimbledon.

"I mean, I'm really struggling. I can't walk properly at all just now. I could play another match, but ... I want to improve my quality of life, because even if I take four months, I still can't walk.

"But having an operation like that, there's absolutely no guarantees I'd be able to play again. I'm fully aware of that. It's a really big operation.

"I'll probably decide in the next week or so."

Murray had entered a raucous Melbourne Arena to a huge ovation as Scottish Saltires and British Union flags were flown while one banner proclaimed: "There will only ever be one Andy Murray".

Andy Murray Roberto Bautista Agut Tennis
Get the latest updates on IPL 2021, check out the IPL 2021 Schedule and Indian Premier League Live Score . Like us on Facebook or follow us on Twitter for more sports updates. You can also download the NDTV Cricket app for Android or iOS.