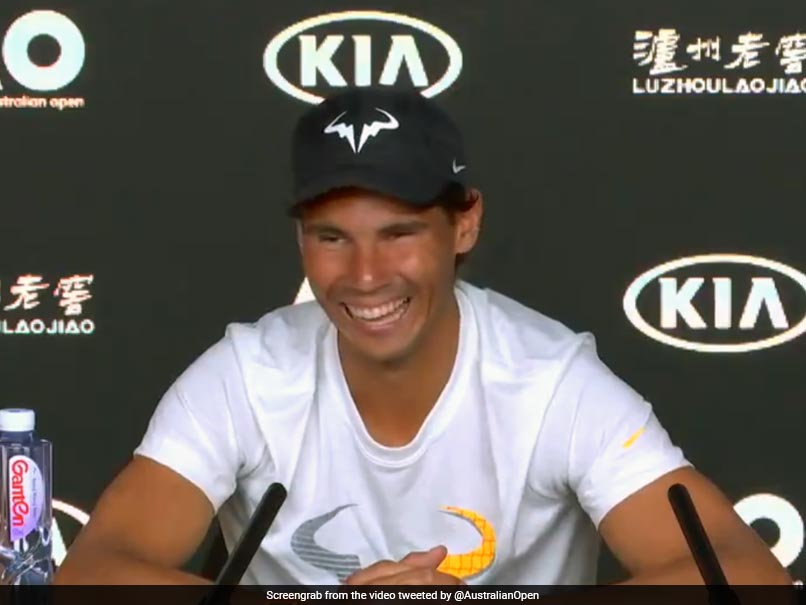 Rafael Nadal started his campaign at the Australian Open 2019 with an imposing 6-4, 6-3, 7-5 win against Australian wildcard James Duckworth in Melbourne on Monday. Following the victory, the 17-time Grand Slam winner couldn't control his laughter after watching a journalist sleeping at the press conference in Melbourne. In a video shared by Australia Open's official Twitter handle, Rafael Nadal was seen making a joke about the situation, saying: "It's not interesting today".

Chuckling even further, Nadal added: "I know, you were closing your eyes to be more focused on what I was saying."

Nothing gets past @RafaelNadal #AusOpen pic.twitter.com/PebIxmYg4t

After having missed most of the 2018 season due to a foot injury, Nadal made a confident start at the Australian Open.

"Not easy to come back after a lot of months, especially against a player playing super aggressive on every point," the 32-year-old Spaniard said at the press conference.

"The energy I feel in this place is fantastic," he added.

Nadal won the Australian Open in 2009 and is bidding to become the first man in the Open era to win each Grand Slam on two or more occasions. Overall, he will be only third in history along with Roy Emerson and Rod Laver.

In the other match, fifth-seed Kevin Anderson also progressed to the second round with a 6-3, 5-7, 6-2, 6-1 win over 2018 Wimbledon finalist Adrian Mannarino. NextGen Finals champion Stefanos Tsitsipas also went through in four sets with an easy win over Italy's Matteo Berrettini.

Women's second-seed Angelique Kerber swept past Slovenia's Polona Hercog 6-2, 6-2, with the Wimbledon champion producing a clinical display to launch her campaign at a tournament she won in 2016.

Comments
Topics mentioned in this article
Rafael Nadal Tennis
Get the latest updates on IPL 2021, check out the IPL 2021 Schedule and Indian Premier League Live Score . Like us on Facebook or follow us on Twitter for more sports updates. You can also download the NDTV Cricket app for Android or iOS.