Roger Federer and Novak Djokovic are both gunning for a record seventh Australian Open crown. 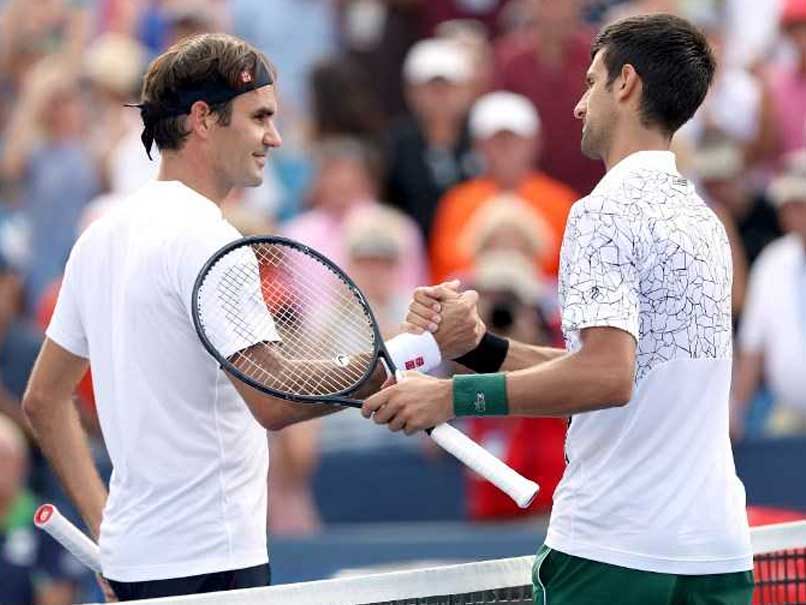 Roger Federer and Novak Djokovic are both gunning for a record seventh Australian Open crown from Monday, but Andy Murray will make his last appearance in Melbourne as the era of the "Big Four" draws to a close. Number one Djokovic and third seed Federer face a stern challenge from the likes of youthful force Alexander Zverev, seeded four, who is still looking for a first major to cement his place as torch-bearer for the next generation. But Murray dropped a pre-Grand Slam bombshell, breaking down during a tear-filled press conference as he revealed chronic hip pain means he will retire after Wimbledon - if he can carry on that long.

And question marks remain over the fitness of world number two Rafael Nadal who pulled out of his Brisbane warm-up but arrived in Melbourne professing he was "fully fit" and promising to unleash a remodelled serve.

It all means the era of the "Big Four" is almost over after a season in which Federer - who opens his title defence against Denis Istomin on Monday - rolled back the years on Rod Laver Arena to lift an emotional 20th Grand Slam.

It put him on a par with other six-time Australian Open winners Djokovic and Roy Emerson - although the Australian great's victories all came before the Open era.

By contrast, the 31-year-old Djokovic endured a miserable early Melbourne exit in 2018, followed by elbow surgery and a string of disappointing results that saw him drop outside the top 20.

But since winning a fourth Wimbledon in July the Serb rose inexorably back to number one by losing only three further matches - one of which was to Zverev at the ATP Finals.

Djokovic won his third US Open in September to put him on 14 Grand Slams - three behind Nadal and six behind Federer.

And Djokovic said Sunday he was delighted to be back in Melbourne where his rise to greatness all began in 2008 with his first Grand Slam win.

"It was my first major trophy, that obviously served as a great springboard for my career," Djokovic said as he prepared to open his assault on a seventh crown against American Mitchell Krueger on Tuesday.

"It opened a lot of doors for me. It allowed me to believe in myself that I can actually win the biggest tournaments in the world, challenge the best players in the world."

Federer, now 37, remains the chief threat to the Serb and he sounded a warning Sunday.

"I'm playing good tennis. I'm confident that I think it needs a good performance by my opponent probably to beat me," said the Swiss master, who warmed for Melbourne with victory in Perth's Hopman Cup.

Second-ranked Nadal, 32, pulled out of Brisbane with a thigh strain although he returned for an exhibition in Sydney and insisted at the weekend his fitness woes were behind him.

"I feel good. If I am not feeling good, I will not be here," he said before revealing he had remodelled his serve.

"There are always things to improve," said the Spaniard, who faces Australian wildcard James Duckworth on Monday.

"It's just a matter of time when we will see some of them competing in the last stages of Grand Slams," said Djokovic.

Zverev, 21, starts the Australian Open full of confidence after an impressive warm-up to reach the final of Perth's mixed teams Hopman Cup, despite his terrible record at Grand Slams.

He has never got beyond the third round in Melbourne and faces Slovenia's Aljaz Bedene in his opener on Tuesday.

Last year, seeded four, he crashed out in the last 32 to South Korea's Chung Hyeon and has only reached one quarter-final in 14 major appearances.

Kyrgios has a tough opening match against former world number three Milos Raonic and then a possible clash with former Australian Open champion Stan Wawrinka in round two.

Andy Murray
Get the latest updates on ICC T20 Worldcup 2022 and CWG 2022 check out the Schedule, Live Score and Medals Tally. Like us on Facebook or follow us on Twitter for more sports updates. You can also download the NDTV Cricket app for Android or iOS.