Novak Djokovic will start his drive to make history against a yet-to-be-decided qualifier and could meet France's Jo-Wilfried Tsonga in the second round. 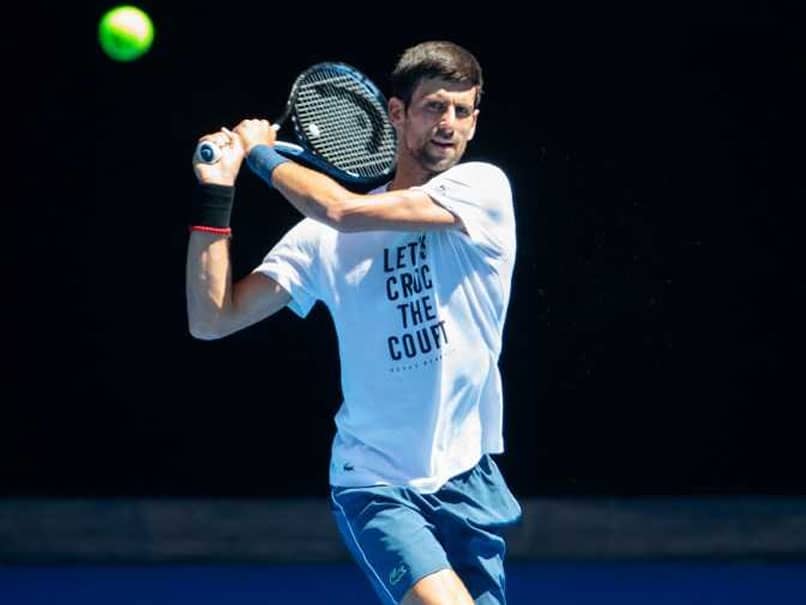 In 2018, Novak Djokovic won Wimbledon and the US Open.© AFP

World number one Novak Djokovic will start his bid to win a record seventh Australian Open title next week against a qualifier following Thursday's draw. The Serb had a magnificent 2018, making an astonishing climb back from outside the world's top 20 in June, winning Wimbledon and the US Open on the way to reclaiming the number one ranking in November. He will start his drive to make history against a yet-to-be-decided qualifier and could meet France's Jo-Wilfried Tsonga in the second round.

Champion Roger Federer, seeded three and also gunning for a seventh Melbourne title, starts his title defence against world number 99 Denis Istomin and could meet Rafael Nadal in the semi-finals.

"He (Djokovic) continues to challenge me. I played him in his prime when he was virtually unbeatable. It was important not to get frustrated by it. I always enjoy my matches against him," 20-time Grand Slam winner Federer said at the draw.

"We are both natural attacking players. We are aggressive. He is up there with Nadal and Hewitt they make me rethink my game. I like to play attacking tennis, so I've come full circle."

A highlight first round clash will see Australia's unseeded Nick Kyrgios up against Canada's big-serving 16th seed Milos Raonic, with the winner facing either Stan Wawrinka or Ernests Gulbis.

Three-time Grand Slam winner Andy Murray has a tough clash with 22nd-seeded Spaniard Roberto Bautista Agut as he returns from a hip injury.

Andy Murray
Get the latest updates on India vs England Series, India vs England , live score and IPL 2021 Auction . Like us on Facebook or follow us on Twitter for more sports updates. You can also download the NDTV Cricket app for Android or iOS.