Roger Federer will be aiming for a third successive Australian Open. 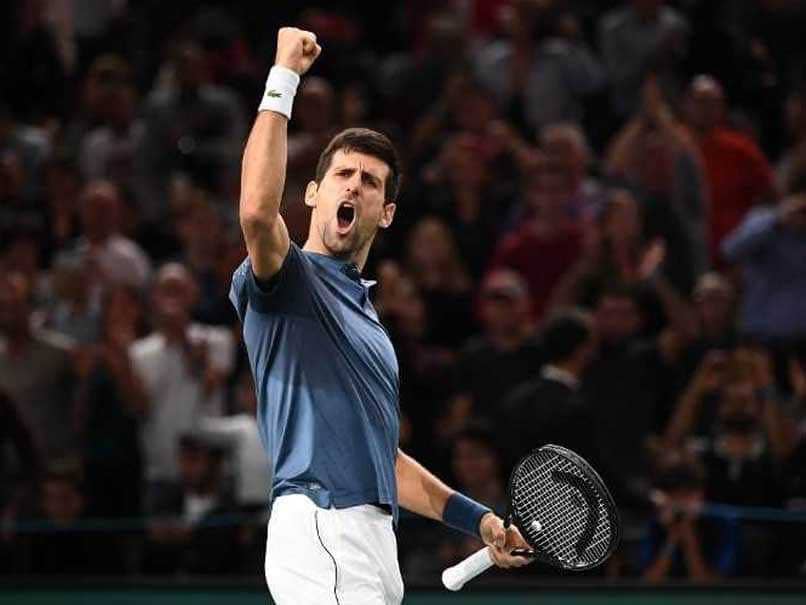 Novak Djokovic won the Wimbledon and US Open in 2018.© AFP

Swiss champion Roger Federer kept up his impressive early season form after another flawless week of singles performances at the mixed teams Hopman Cup in Perth -- as he declared Novak Djokovic the man to beat at the Australian Open. Federer will be aiming for a third successive Australian Open and looked in impressive touch in claiming a second Hopman Cup, winning all four of his singles matches as he prepared for the year's first Grand Slam in Melbourne later this month.

The 37-year-old used the Hopman Cup as his launching pad for winning the past two Australian Opens, the first of which in 2017 ended an almost five-year Grand Slam drought for Federer.

Speaking after he easily accounted for world number four Alexander Zverev, the last player to beat him in singles in Perth back in 2017, Federer played down his chances of a third successive Australian Open title.

Although the 6-4, 6-2 win over Zverev in the Hopman final reversed a loss to the German in London in November, Federer said he was just one of many challengers in Melbourne.

"I'm one of the top 10 favourites and so are many others," he said.

"In terms of who is going to win it, we know who the usual suspects are and I am part of that bunch."

Federer declared Djokovic as the man to beat, with the Serb having won the most recent two Grand Slams at Wimbledon and the US Open.

He played down the world number one losing to Roberto Bautista Agut in Doha this week.

"No doubt about it, Novak is the favourite," he said.

"Regardless of what happened in Doha, the game had a super, super strong last five or six months of the year.

"With his class, once he gets his groove back he is hard to beat."

Currently ranked third in the world, Federer can draw confidence from his recent record in Australia.

Last year he won his first 21 matches of the season, including the Australian Open title, as he became the oldest player to ever hold the number one ranking.

"I have had such a great time in Australia the last couple of years and always enjoyed playing here," he said.

"It is good to finish on a singles performance like this," he said.

"You adjust your game and Sasha (Zverev) is a totally different player than what I've had this week.

"I am happy I was able to maintain the good, high-quality tennis I showed all week."

He dismissed suggestions his form tapered in the second half of 2018, saying he simply failed to capitalise on some crucial opportunities.

Novak Djokovic Alexander Zverev Tennis
Get the latest updates on India vs England Series, India vs England , live score and IPL 2021 Auction . Like us on Facebook or follow us on Twitter for more sports updates. You can also download the NDTV Cricket app for Android or iOS.