Andy Murray To Retire, Australian Open Could Be Last Event

Andy Murray said he would like to finish at his home Grand Slam in Wimbledon, but ruefully admitted he might not make it that far. 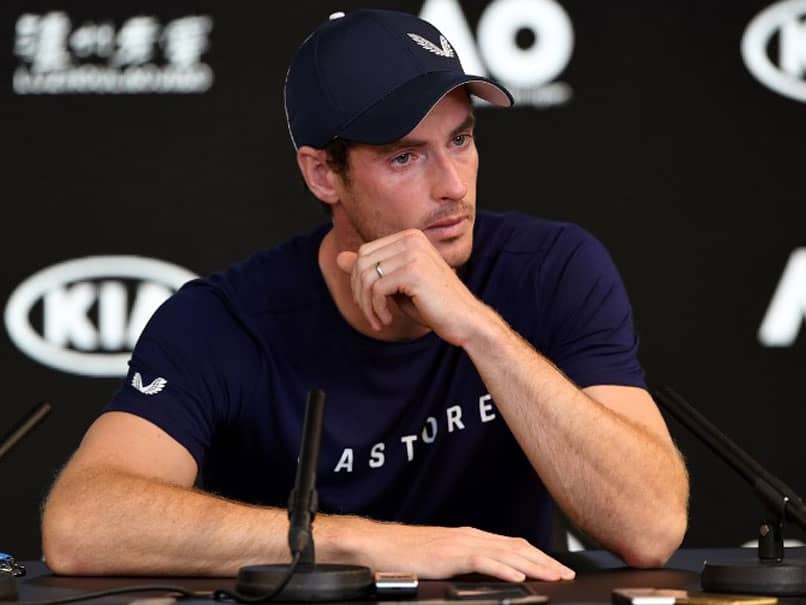 Andy Murray broke down during the press conference in Melbourne.© AFP

A tearful Andy Murray on Friday announced he would likely retire this year due to severe pain from a hip injury, saying next week's Australian Open could be the last tournament of a glittering career. The former world number one and three-time Grand Slam winner broke down at a press conference in Melbourne as he said the pain had become almost unbearable. "I can play with limitations. But having the limitations and the pain is not allowing me to enjoy competing or training," the emotional Scot said.

Thirty-one-year-old "Sir Andy" said he would like to finish at his home Grand Slam in Wimbledon, but ruefully admitted he might not make it that far.

He will be remembered as the first British man to win Wimbledon in 77 years and as a player who battled his way to the top in a golden era for the game alongside Roger Federer, Novak Djokovic and Rafael Nadal.

"Wimbledon is where I would like to stop playing, but I am not certain I am able to do that," he said.

"I've been struggling for a long time. I'm not sure I can play through the pain for another four or five months.

"Pretty much done everything that I could to try and get my hip feeling better and it hasn't helped loads."

He pulled out of last year's Australian Open to have hip surgery and only returned in June at Queen's Club in London.

He ended the season at Shenzhen in September after only a handful of appearances to concentrate on working his way back to full fitness.

But he was knocked out in the second round on his return at Brisbane last week and called it quits on Thursday after less than an hour of a practice match in Melbourne against Djokovic, with his movement clearly hampered.

"I think there is a chance the Australian Open is my last tournament," he said.

While he intends to begin his opening-round match against 22nd seed Roberto Bautista Agut next week, how his body withstands potentially gruelling five-set clashes in energy-sapping heat remains to be seen.

"I'm going to play. I can still play to a level, not a level I'm happy playing at," he said.

'Legend of a bloke'

One of the so-called Big Four, along with Federer, Djokovic and Nadal, who have dominated the game for years, Murray's ranking has slumped to 230.

He hasn't reached a Grand Slam final since winning his second Wimbledon title in 2016, but has nevertheless enjoyed a glittering career since turning professional in 2005, with not only three Grand Slam titles, but two Olympic gold medals and 45 ATP crowns.

Notably, in 2013 Murray became the first British man to win Wimbledon for 77 years, ending the nation's obsession with finding a champion to follow in the footsteps of Fred Perry.

Top Australian coach Darren Cahill, who until recently was mentoring world number one Simona Halep, said Murray was an example of the never-say-die attitude that separated the best from the average.

"When you search for examples of 'emptied the bucket to be as good as they could be' there should be a picture of Andy Murray sitting under that quote," he tweeted.

"Remarkable discipline for training, competition, sacrifice, perfection, a little crazy but a legend of a bloke."

"I tip my cap to @andy_murray! Absolute legend. Short list of best tacticians in history. Unreal results in a brutal era. Nothing but respect here. I hope he can finish strong and healthy," he said.

Murray said he had an option of another operation on his troublesome hip, but it was more about his quality of life after hanging up his racquet.

Novak Djokovic
Get the latest updates on India vs England Series, India vs England , live score and IPL 2021 Auction . Like us on Facebook or follow us on Twitter for more sports updates. You can also download the NDTV Cricket app for Android or iOS.