Andy Murray Happy With Decision Not To Quit Tennis

The 31-year-old Scot had intended to play in Brisbane at the beginning of 2018 but was forced to withdraw with a hip injury. 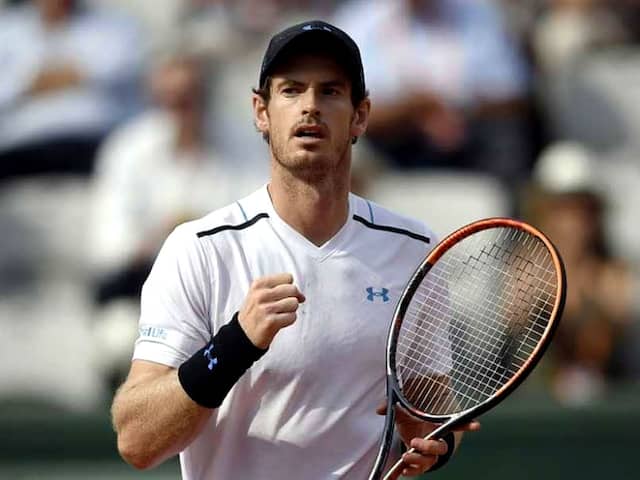 Former world number one Andy Murray says he has no regrets about not walking away from tennis despite missing 11 months of the year with a hip injury. The three-time Grand Slam champion was speaking ahead of his return to the sport at the season-opening Brisbane International, which gets underway at the Queensland Tennis Centre on Monday. Murray, who won the Brisbane title in 2012 and 2013, enters the tournament with a world ranking of 256. The 31-year-old Scot had intended to play in Brisbane at the beginning of 2018 but was forced to withdraw on the eve of the tournament with a hip injury.

He had surgery soon after, which kept him out of the game for much of the year.

"You want to go out on your own terms," he said when asked about a possible retirement.

"If I decided to stop six months ago, having not played or gotten back to a level where I can compete again, I would have looked back and regretted that.

"I owed it to myself to give myself the best possible shot to get back to a level I was happy with.

"I am able to compete at a high level, but I have to back it up a few days in a row. That's the challenge," he said.

Murray was limited to just six tournaments in 2018, with his best result a quarter-finals appearance in Washington in August.

"There are still things that I want to achieve," he said.

"Whether I am capable of that I don't really know."

Andy Murray Nick Kyrgios Kei Nishikori Tennis
Get the latest Cricket news, check out the India cricket schedule, Cricket live score . Like us on Facebook or follow us on Twitter for more sports updates. You can also download the NDTV Cricket app for Android or iOS.