Watch: High Drama As Delhi Capitals Appeal For No-Ball In Last Over Against Rajasthan Royals

IPL 2022: The final over of the game between Delhi Capitals and Rajasthan Royals witnessed high drama after the Delhi camp was left fuming for what they deemed was a no-ball but was not given. 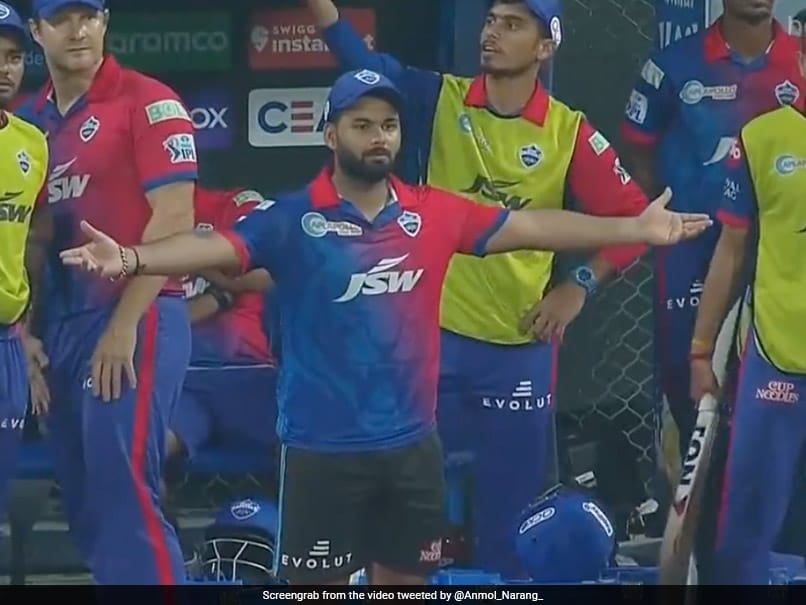 Delhi Capitals were left fuming after the on-field officials did not call a no-ball.© Twitter

The final over of the match between Delhi Capitals and Rajasthan Royals witnessed high drama as Rishabh Pant and company were left fuming for what they deemed was a no-ball but not given by the on-field umpire. In the final over, Delhi Capitals needed 36 to win and Rovman Powell had smashed sixes on the first three balls. However, the third delivery of the over became a huge talking point. Rajasthan Royals pacer Obed McCoy bowled a full-toss and Powell had smashed it for a six. Delhi Capitals camp thought it was a definite no-ball and started gesturing towards the umpire for it to be called a no-ball.

Delhi Capitals skipper Rishabh Pant started gesturing towards the on-field officials Nitin Menon and Nikhil Patwardhan asking for the no-ball to be called.

He then focused his attention on batters Rovman Powell and Kuldeep Yadav and it looked like he was calling them off the field. Then Delhi Capitals' assistant coach Pravin Amre walked out to the middle and had a word with the umpire.

When Amre was talking to the umpire, Rajasthan Royals batter Jos Buttler had walked towards to the Delhi Capitals dugout and had a word with Rishabh Pant as well.

In the end, Rajasthan Royals held their nerve and went on to win the match by 15 runs.

In the match between Delhi Capitals and Rajasthan Royals, the latter batted first and they posted 222/2 in 20 overs.

Jos Buttler smashed his third ton of the ongoing season and was eventually dismissed by Mustafizur Rahman but it was not before he played a knock of 116. Skipper Sanju Samson also chipped in with an unbeaten innings of 46.

Chasing 223, Delhi Capitals tried their best but eventually fell short. Rishabh Pant top-scored with a knock of 44. For Rajasthan Royals, Prasidh Krishna returned with figures of 3-22, including a maiden 19th over of the innings.