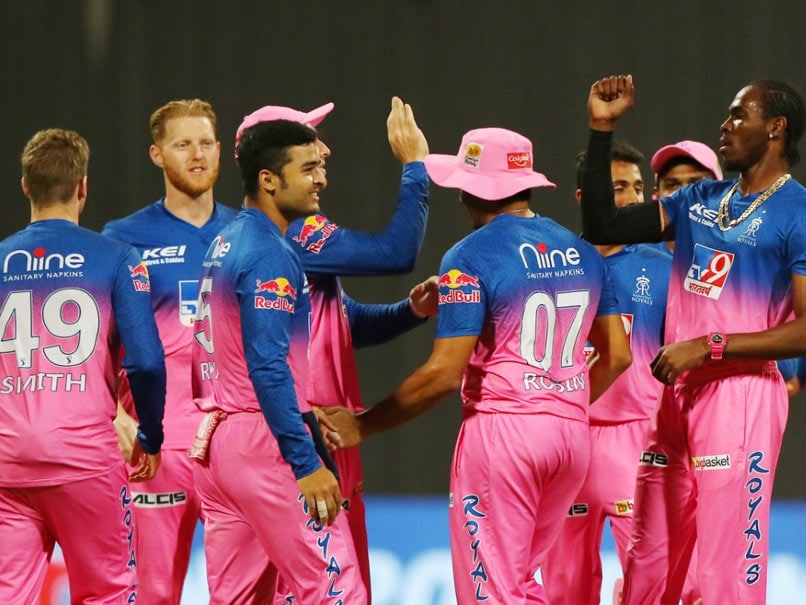 After their brilliant bowling effort, Jos Buttler and skipper Steve Smith's unbeaten 98-run partnership, guided Rajasthan Royals to a crucial seven-wicket win over Chennai Super Kings in Abu Dhabi on Monday. Coming in to bat in a tricky position with scoreboard reading 28/3, Smith and Buttler batted brilliantly to put pressure back on the opposition. The Englishman was the more aggressive of the two which allowed Smith to take his time in the middle. Buttler finished with 70 not out off 48 balls, with seven fours and two sixes, while Smith played a subdued role, scoring 26 off 34 balls. With not enough runs to defend, CSK skipper MS Dhoni, who was playing his 200th IPL match, failed to inspire his troops and the match got over with 15 balls to spare.

Defending a paltry 126, CSK created a little bit of panic by picking three wickets in a span of 10 balls. CSK new ball bowler Deepak Chahar and Josh Hazlewood made use of the initial swing to put RR openers under pressure.

Chahar provided the first breakthrough as he cleaned up Ben Stokes who got off his side off to a quick-start, smashing three boundaries in his short stay which lasted 11 balls. Robin Uthappa, the half-centurion from last game, also departed cheaply off Hazlewood's bowling.

Sanju Samson's lean patch with the bat continued and he lasted only three balls during which he even failed to open his account. Dhoni took a brilliant catch diving to his left to send him packing. However, from there Buttler and Smith ruled the show and got their side over the line, adding two important points to their tally.

In what was a must-win game, Rajasthan Royals players came in with a clear game plan and executed it to perfection. After electing to bat, CSK didn't got the best of starts as they lost Faf du Plessis and Shane Watson early.

Sam Curran, who opened the innings just like last game, scored a few boundaries but couldn't carry on for long as leg-spinner Shreyas Gopal got him caught behind stumps. Ambati Rayudu also fell cheaply, with only 56 runs on the board. Dhoni and Ravindra Jadeja batted with snail pace and added only 51 runs in 7.4 overs.

Dhoni was run out as he tried to steal one extra run off a mis-field committed by Jofra Archer. Jadeja, unlike last game, couldn't provide the side with the much-needed acceleration and were restricted to 125/5.

Rajasthan's two leg-spinners bowled in great tandem and conceded only 32 runs in their combined eight-over spell and shared two wickets among them. They bowled 23 dot balls to dry out the runs for CSK in the middle overs.

Jofra Archer, Kartik Tyagi and Ben Stokes also bowled impressive spells which helped them restrict CSK to one of the lowest totals this season. Archer and Tyagi accounted for two wickets, while Stokes had nothing to show in the wickets column.

With this win, Rajasthan jumped to fifth with eight points from 10 games and keep themselves alive in the race for a play-off qualification, while CSK dropped to the bottom of the points table and their chances of reaching the knock-out stage are miniscule.

Sheikh Zayed Stadium, Abu Dhabi IPL 2020 Cricket Chennai Super Kings vs Rajasthan Royals, Match 37
Get the latest updates on IPL Auction 2023 and check out  IPL 2023 and Live Cricket Score. Like us on Facebook or follow us on Twitter for more sports updates. You can also download the NDTV Cricket app for Android or iOS.