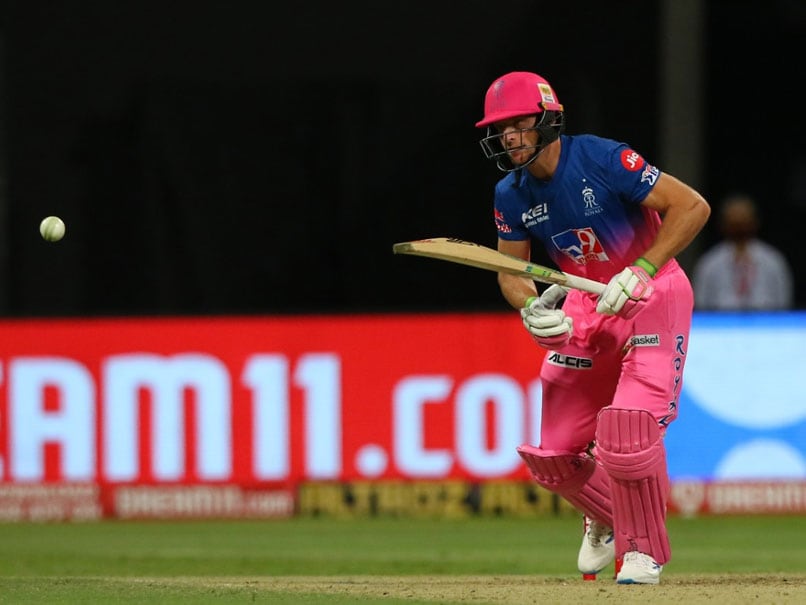 Rajasthan Royals (RR) have defeated Chennai Super Kings (CSK) by seven wickets. Chasing 126, RR got 20 runs off the first two overs but CSK struck soon as Deepak Chahar bowled Ben Stokes and Josh Hazlweood got Robin Uthappa caught by MS Dhoni. Chahar came back to get Sanju Samson caught by Dhoni down the leg side. However, since that point Jos Buttler and Steve Smith carried out some repair work and then dominated CSK to help their team to an easy win. Buttler top scored with 70 not out while Smith was unbeaten on 26. Earlier, CSK won the toss and batted first. Jofra Archer maintained tight lines and got Faf du Plessis in the third over of the innings. Kartik Tyagi got Shane Watson caught to give CSK another blow inside the Powerplay. Sam Curran and Ambati Rayudu took CSK past 50 but Shreyas Gopal foxed Curran to get Rajasthan their third wicket. Rayudu fell to Rahul Tewatia to leave CSK in a pickle. Dhoni and Jadeja added 51 runs for the fifth wicket, but just when it seemed like they would tee off at the death, Dhoni got run out. Eventually, CSK finished with an under-par 125 for 5. (SCORECARD)

Ravindra Jadeja Deepak Chahar IPL 2020 Chennai Super Kings vs Rajasthan Royals, Match 37 Cricket Live Blogs Live Score Live Cricket Score
Get the latest updates on ICC T20 Worldcup 2022 and CWG 2022 check out the Schedule, Live Score and Medals Tally. Like us on Facebook or follow us on Twitter for more sports updates. You can also download the NDTV Cricket app for Android or iOS.