IPL 2020, CSK vs RR: Jos Buttler, after playing an unbeaten knock of 70 runs, said that he is happy to bat at any position the team wants him to. 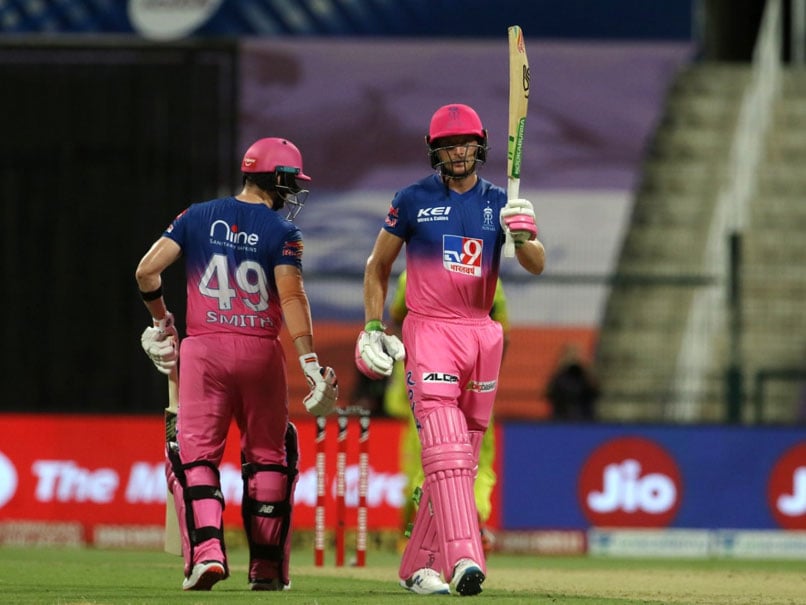 After playing an unbeaten knock of 70 runs against Chennai Super Kings (CSK), Rajasthan Royals batsman Jos Buttler said that his role is to bat at number five position as of now. Rajasthan Royals chased down the total of 126 with seven wickets in hand and 15 balls to spare against CSK at the Sheikh Zayed Stadium on Monday. Buttler played a match-winning knock of 70 runs while skipper Steve Smith played an unbeaten innings of 26 runs.

With this win, Steve Smith-led Royals have moved to the fifth position in the Indian Premier League (IPL) points table with 8 points from 10 matches while CSK are now languishing at the bottom with just six points.

"Nice to get a win on the board tonight. I tried to come out with some intensity in my batting. I didn't think I had enough last game, and I decided to take a few more options tonight, and it came off. You have to keep trusting yourself and particularly when there's no scoreboard pressure, you can play yourself in and let cut loose in the end. I'm happy (batting at number 5) to do whatever the team needs to me do. This is my role for now," Buttler told host broadcaster Star Sports at the post-match presentation.

Rajasthan were 28/3 at one stage but Buttler and Smith put together an unbeaten stand of 98 runs to take their side over the line. Deepak Chahar was the pick of CSK bowlers as he returned with figures of 2/18 in his four overs.

Batting first, CSK posted a total of 125/5 in the allotted 20 overs. Ravindra Jadeja's unbeaten knock of 35 runs was the top score for the MS Dhoni-led side.

For Rajasthan Royals, Shreyas Gopal returned with the best bowling figures, finishing with figures of 1/14 in his four overs.

Rajasthan Royals will next take on SunRisers Hyderabad October 22 at the Dubai International Stadium.

Sheikh Zayed Stadium, Abu Dhabi IPL 2020 Cricket Chennai Super Kings vs Rajasthan Royals, Match 37
Get the latest updates on ICC T20 Worldcup 2022 and CWG 2022 check out the Schedule, Live Score and Medals Tally. Like us on Facebook or follow us on Twitter for more sports updates. You can also download the NDTV Cricket app for Android or iOS.