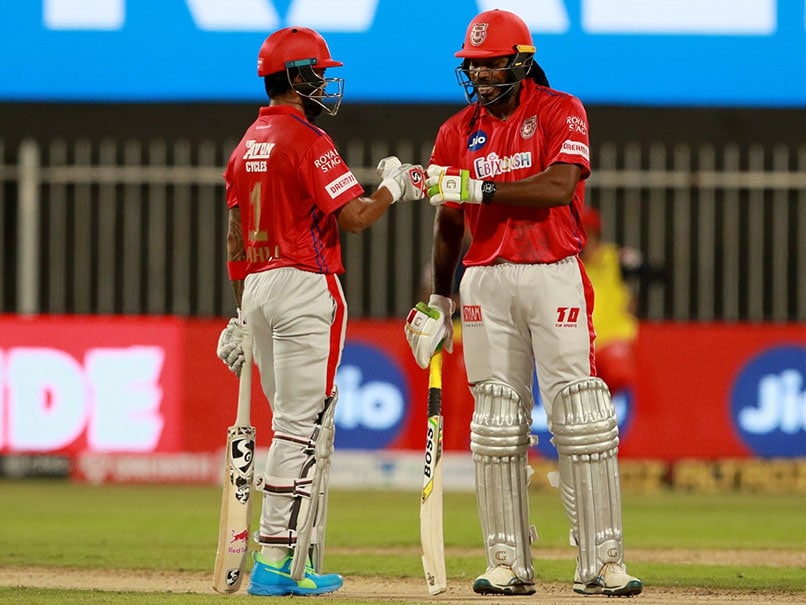 A spectacular show from the returning Chris Gayle followed by some nerves of steel shown by Gayle's West Indies teammate Nicholas Pooran enabled Kings XI Punjab (KXIP) beat Royal Challengers Bangalore (RCB) by eight wickets on Thursday in Match No. 31 of Indian Premier League (IPL) 2020. Chasing an under-par RCB total of 171/6, KXIP rode on their in-form openers as skipper KL Rahul (61 not out from 49 balls) and Mayank Agarwal (45 off 25) added 78 for the first wicket in just eight overs. Thereafter, Gayle arrived to play his first game of professional cricket since January 2020, and hit five sixes en route a 45-ball 53 and shared a 93-run stand with Rahul to put Kings XI on the cusp of victory.

Seven runs were needed off the last two overs with Gayle and Rahul at the crease when Isuru Udana gave away only five to make it two off the last over.

Yuzvendra Chahal, who had been used for only two overs by captain Virat Kohli until then, was brought on for the final over and bowled two dots upfront to make things tight.

Gayle took a single off the next and that meant one run was needed off three with Rahul facing the leg spinner.

A third dot ball of the over, when Rahul hit the fourth ball to Washington Sundar at short cover-point, brought the equation down to 1 off 2 balls.

It was still manageable by T20 standards, but Rahul attempted a quick single off the next even with most fielders in the ring and Gayle was found well short of his ground as AB de Villiers whipped off the bails at the striker's end.

That dismissal brought Pooran to the crease with 1 needed off 1. KXIP have played a Super Over before in the tournament – their very first IPL 2020 match where Delhi Capitals outsmarted them.

Pooran, though, unfettered by the occasion, attacked the final ball and smashed it over the bowler's head for six to put an end to the thriller.

This is KXIP's second win the tournament from eight matches. Incidentally their last win had also come against RCB, when Rahul smashed an unbeaten 132 in Dubai.

Earlier, Kohli won the toss and opted to bat. Openers Devdutt Padikkal (18) and Aaron Finch (20) added 38 for the first wicket in four overs.

Kohli (48) could not bat through the innings even as RCB resorted to strange tactics by promoting Washington Sundar (13 off 14) and Shivam Dube (23 off 19) ahead of de Villiers at No. 4 and 5.

While Sundar couldn't get the big hits going, Dube struck two sixes. De Villiers, who batted at No. 6, came to bat in the 17th over and was dismissed for two runs as he tried to attack the bowlers at the death.

Chris Morris' 25 off just 8 balls, which included two sixes and a four off Mohammed Shami in the 20th over, and Udana's 10 off five balls helped RCB cross 170.

Isuru Udana IPL 2020 Royal Challengers Bangalore vs Kings XI Punjab, Match 31 Cricket
Get the latest updates on India vs South Africa and check out  Schedule, Results and Live Score. Like us on Facebook or follow us on Twitter for more sports updates. You can also download the NDTV Cricket app for Android or iOS.