IPL 2020, MI vs KKR: While Mumbai Indians currently don't seem to be doing anything wrong, Kolkata Knight Riders really need to get their act together if they have to keep their challenge alive. 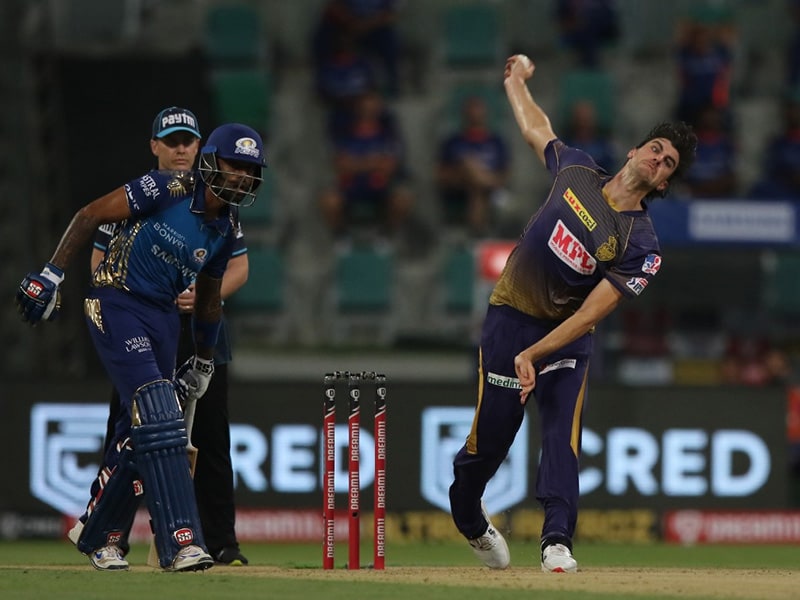 IPL 2020, MI vs KKR: Pat Cummins conceded 49 runs off 3 overs in the previous match between the sides.© BCCI/IPL

Mumbai Indians seem to be back where they were last year. While they are on the second spot on the IPL 2020 Points Tally currently, it doesn't look like they will be really challenged to be among the top two. Kolkata Knight Riders, currently on 4th position, would definitely like to be better placed, just to have a buffer between them and elimination before the knockout stage. The absolute hammering they received at the hands of AB de Villiers in particular and Royal Challengers Bangalore in general wouldn't have done their confidence or their run-rate any favours, and with the massive MI batting to face on the mid-sized Abu Dhabi ground, things will indeed be difficult.

Mumbai Indians are below Delhi Capitals because the Delhi team has beaten everyone but went down to Mumbai. MI seem to have checked all the boxes - from the batting, to bowling and even the fielding.

At any given time, at least two or three MI batsmen come good together. Between Rohit Sharma, Quinton de Kock, Suryakumar Yadav, Ishan Kishan and Kieron Pollard, they have done it all, Add to that Hardik and Krunal Pandya.

The bowling has been made to look good by the batting, but no debating that the fast bowling attack of Trent Boult, Jasprit Bumrah and James Pattinson is right up there.

KKR have been making way too many changes in their combination. The one good thing they did was to remove Sunil Narine from the top-order batting, and then the West Indian was called out for a suspect action so it is doubtful if he'll see any more action.

Tom Banton has come in, Eoin Morgan is now at No. 4, and Rahul Tripathi can be anything from opener to No. 7. The sheer chaos was there for everyone to see when they faced RCB.

The bowlers have been unsteady, barring Varun Chakravarthy. Pat Cummins has tried manfully but any attack would have suffered if they had faced De Villiers in his form.

All in all, Mumbai Indians definitely look favourites and KKR will have to play out of their skins to stop the defending champions. Hopefully it will be a close game, which is now beginning to be a little bit of a premium in IPL 2020.

Jasprit Bumrah Suryakumar Yadav Shubman Gill Cricket
Get the latest updates on Fifa Worldcup 2022 and check out  Fifa World Cup Schedule, Stats and Live Cricket Score. Like us on Facebook or follow us on Twitter for more sports updates. You can also download the NDTV Cricket app for Android or iOS.