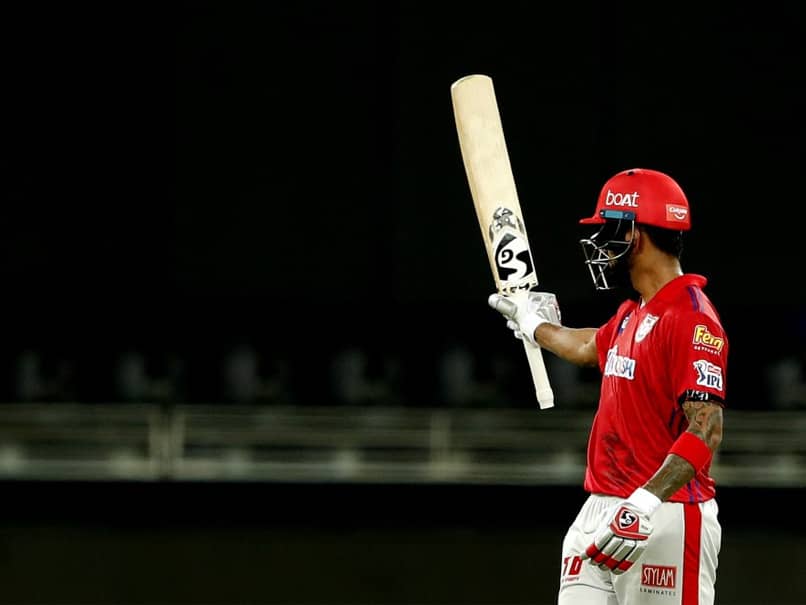 KL Rahul scored his second Indian Premier League (IPL) century on Thursday, reaching the landmark off 62 balls against Royal Challengers Bangalore in Dubai. He finished unbeaten on 132 off just 69 balls with 14 fours and 7 sixes. This is the highest score by an Indian in IPL history and the highest score by an IPL captain. On the way to his century, Rahul also became the fastest Indian batsman to reach 2000 runs in the IPL. He reached the milestone in his 60th innings, breaking Sachin Tendulkar's record of 63 innings. Chris Gayle is the fastest to 2000 runs in IPL, having rached the mark in 48 innings.

Rahul, the Kings XI Punjab captain, opened the innings for his team and played the anchor, adding 57 runs for the first wicket with Mayank Agarwal and 57 more with Nicholas Pooran for the second wicket.

However, the 28-year-old batsman was lucky as his India teammate and opposite number Virat Kohli gave Rahul two lifelines. He dropped Rahul twice in the deep, once off Dale Steyn and then again off Navdeep Saini.

KXIP had slowed down after the wickets of Pooran (17) and Glenn Maxwell (5) but Rahul showed aggression towards the death, hitting both short and full deliveries form Steyn and Shivam Dube deep into the stands at the Dubai International Cricket Stadium.

Such was Rahul's prowess that KXIP accumulated 74 runs off the last four overs.

Rahul went beserk towards the end of the innings, smashing Steyn for three sixes and two fours in the 19th over and then hitting Dube for two sixes and a four in the final over of the innings.