Yuzvendra Chahal was jokingly referring to Yuvraj Singh's legendary six-hitting, but Stuart Broad came up with a savage comeback. 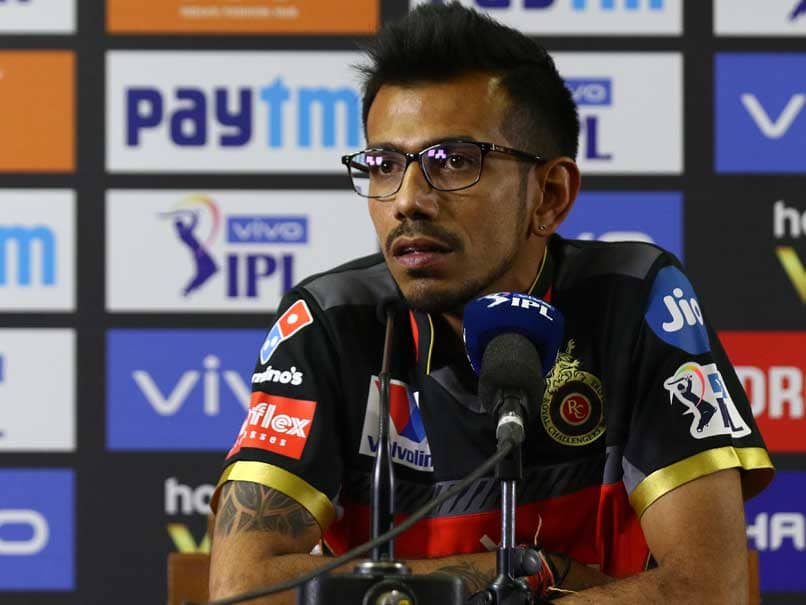 Royal Challengers Bangalore spinner Yuzvendra Chahal, speaking after Thursday's match against Mumbai Indians, said in the post-match press conference that he felt like England bowler Stuart Broad after Yuvraj Singh had hit him for three consecutive sixes. The comment, made in jest, brought back memories of Yuvraj Singh slamming six sixes of a single over by Broad in the 2007 World Cup. Broad, however, came up with a comeback to Chahal's jibe on an Instagram post shared by the IPL handle. "Hope he feels like me in 10 years time with 437 Test wickets," he commented.

3 sixes in 3 balls bowling to @YUVSTRONG12 and even @yuzi_chahal feared a repeat of the 2007 T20 WC, before redeeming himself the very next delivery #RCBvMI #VIVOIPL @RCBTweets pic.twitter.com/RRqxxmrDZw

Chahal, representing RCB in the press conference, told reporters, "After Yuvraj hit me for three sixes, I felt like Stuard Broad. He is a legendary batsman and I knew I had to back myself. It was a smaller ground and to be hit for boundaries is fine. I knew I had to come up with my best deliveries and so I was bowling the wide googlies," he said.

Chahal was referring to the 14th over of the Mumbai innings, the first three balls of which over were sent out of the park by Yuvraj. 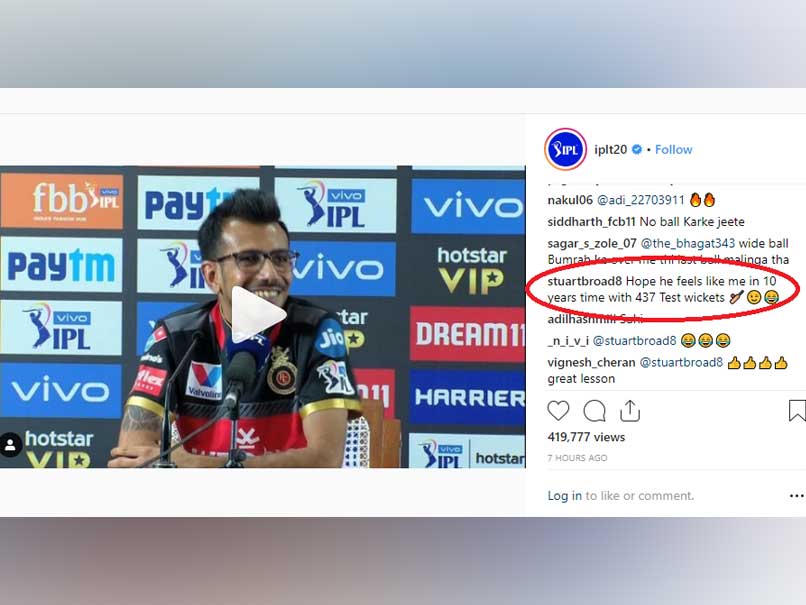 Rolling back the years, the southpaw hit the first six over deep midwicket, the second straight down the ground and the third over long on. He also tried to loft the fourth ball of the over over long off, his blade seemingly having heard 1 billion prayers of a 2007 World Cup redux. However, this was not to be - Mohammed Siraj pouched a catch at long off to dismiss Yuvraj for a 12-ball 23.

Stuart Broad might be remembered best by many Indian fans for being on the wrong side of Yuvraj Singh's onslaught 12 years ago, but the English pacer, now aged 32 and one of only three current bowlers with more than 400 Test wickets, had a perfect comeback to Chahal's comment.

Yuvraj Singh IPL 2019 Cricket
Get the latest updates on IPL 2021, IPL Points Table , IPL Schedule 2021 , live score . Like us on Facebook or follow us on Twitter for more sports updates. You can also download the NDTV Cricket app for Android or iOS.